Lisa’s In and Around Tokyo: Hara Museum of Contemporary Art--Starting the long goodbye 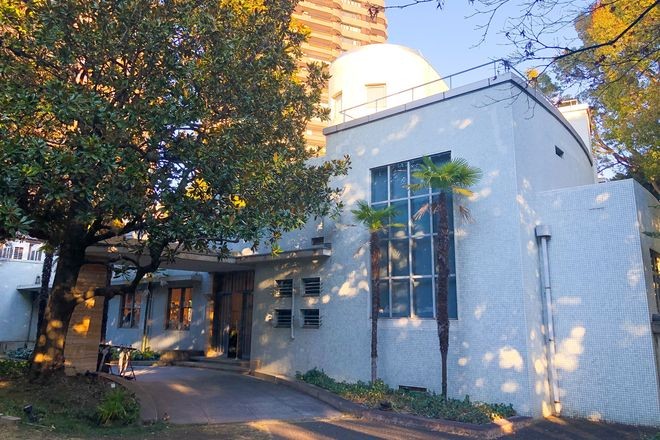 The Hara Museum of Contemporary Art, one of Japan’s first museums dedicated to the modern art of the 1950s to the present, is located in the quiet streets of Kita-Shinagawa, Tokyo. (Photo by Lisa Vogt)

My favorite museum in Tokyo, the Hara Museum of Contemporary Art in Shinagawa, will close its doors for good at the end of this year.

The Kita-Shinagawa area where the museum is located is named Gotenyama. It’s one of the five classy hilltop areas of southern Tokyo called Jonan Gozan (Five Southern Mountains with Palaces). The others are Hanabusayama, Ikedayama, Shimazuyama, and Yatsuyama.

The Tokugawa Shogunate and its clans rested here while enjoying falconry and hunting, hence the name Gotenyama (Mountain Palace).

Mention “Kita-Shinagawa” to any old-timer and they will think of “Sony Mura.”

Until 2007, when the company moved to the Konan side of Shinagawa Station, Gotenyama had a collection of Sony buildings scattered around the area.

First, it’s Sony and now the Hara Museum. The only thing that doesn’t change is change itself.

The Bauhaus-style Hara Museum building was designed by Jin Watanabe (1887-1973), who also designed the Hotel New Grand in Yokohama, the Hattori Clock Shop at the corner of Ginza 4-chome and the Daiichi Seimei Insurance Building in Marunouchi that was used by Douglas MacArthur during the Allied occupation.

The structure was originally built in 1938 as the personal residence of industrialist Kunizo Hara. If buildings could talk, this one would have lots to say. After the war, it was requisitioned and used as a U.S. officers’ residence, then it became the residence of the Filipino Embassy and later the present-day Sri Lankan Embassy.

In 1979, it was converted into a contemporary art museum with temporary exhibitions and permanent collections. European architectural styles of the 1920s and 30s, gorgeous Art Deco curves and lines and a light-filled cafe facing a garden make the Showa modern architecture a treat for the senses no matter where you stand or sit.

I loved the current installation, titled “Ego Obscura” by Yasumasa Morimura. The artist is acclaimed for his super-unique self-portraits in which he re-enacts people and events with metacommentary. This time he juxtaposes Marilyn Monroe with Yukio Mishima and explores the complicated feelings of the ego and self.

Morimura was born in 1951 during the postwar occupation and educated when Japan’s prewar teachings had been rejected overnight, which resulted in a void that was quickly replaced by American values. This experience made him think about truth and his motherland.

He questions where Japan is right now and where the nation is heading. Those who visit must make time for the 50-minute video work, too.

This Gotenyama landmark will be tremendously missed. It will be a long goodbye between now and December.

(The museum is temporarily closed until further notice.)

This article by Lisa Vogt, a Washington-born and Tokyo-based photographer, originally appeared in the March 29 issue of Asahi Weekly. It is part of the series "Lisa’s In and Around Tokyo," which depicts the capital and its surroundings through the perspective of the author, a professor at Meiji University.