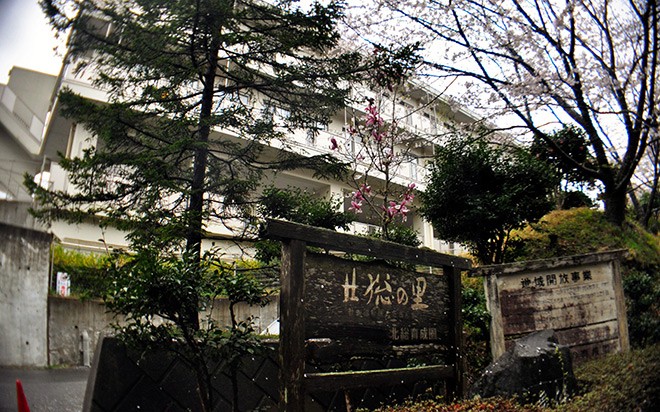 Many residents and staff have been infected with the new coronavirus at Hokuso Ikusei-en, a facility for people with intellectual disabilities, in Tonosho, Chiba Prefecture. (Asahi Shimbun file photo)

The increase in coronavirus infections is picking up the pace since the nation reported its first case on Jan. 16.

Tokyo confirmed 66 new infections, the most in the nation for April 1 , raising its total number of coronavirus patients to 587.

Japan's death toll rose to 80, including the first two deaths in Ibaraki Prefecture.

In Kita-Kyushu, 21 people were confirmed infected. The number includes 17 medical staff at Shin Komonji Hospital where an infected man in his 80s had been hospitalized.

Hyogo Prefecture saw a surge of 14 infections, including an orthopedic surgeon in their 40s at Shinsuma General Hospital in Kobe.

After the surgeon tested positive, the hospital announced a partial shutdown of its outpatient area and said it would disinfect the facility. Areas of the hospital will reopen in stages after April 2, hospital representatives said.

Ibaraki Prefecture reported that 18 people tested positive. Eight of them, in their 20s to 50s, had close contact with another infected person at Hokuso Ikusei-en, a Chiba Prefecture facility for people with intellectual disabilities.

In Aichi Prefecture, two male police officers in their 20s and 30s were newly confirmed infected.

A police officer in his 30s at Kochi Prefecture's Sukumo Police Station also tested positive. He worked in the same section with a sergeant who was confirmed infected on March 31.