Infection cluster at Tokyo hospital spreads to other care facilities 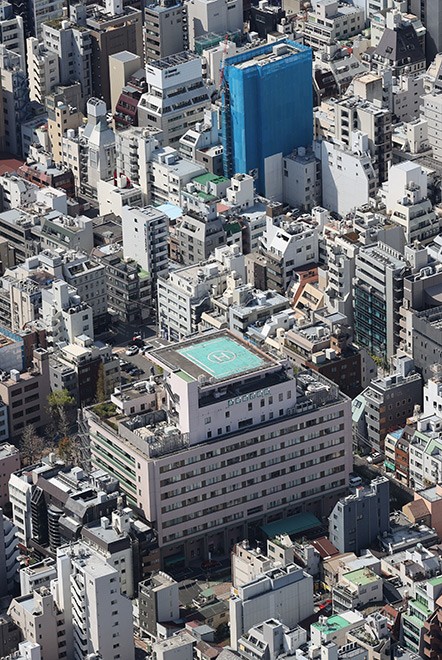 Government officials fear that the proliferation of novel coronavirus infections at Eiju General Hospital in Tokyo’s Taito Ward has spread to other health care facilities in the capital.

Twenty-one people connected to the hospital tested positive for COVID-19 on April 2, accounting for more than 20 percent of the nearly 100 new cases in Tokyo.

Former patients at Eiju General Hospital may have spread the contagion to a nearby care facility for elderly people and another hospital in Shinjuku Ward, Tokyo metropolitan government officials said.

Health experts and government officials are alarmed that a “cluster infection” has emerged at a health care institution.

However, what has been going on inside the hospital and how the infections have spread so rapidly remain largely unknown. Eiju General Hospital officials have yet to hold a news conference on the situation.

The chain of infection apparently started on March 24, when five patients and medical staff at the Taito Ward hospital tested positive for the novel coronavirus.

Within a week, the number of infected people at the hospital rose more than 25-fold.

As of April 2, 128 patients and staff at the hospital had tested positive. Seven of them have died.

About 1,000 people, including patients, medical staff and discharged patients, have taken polymerase chain reaction (PCR) tests. The results of all tests are expected as early as next week.

The original source of the contagion at the hospital is also not known.

According to Taito Ward officials, the hospital had received a person who recently returned from abroad.

The officials also said they were notified by the health ministry that the in-hospital infection spread could be tied to a COVID-19 patient who attended a “yakatabune” boat party in February. The boat was later deemed the site of another infection cluster.

At Yanaka, a special nursing care home in Taito Ward, two residents in their 70s and 90s tested positive for the virus on March 30, prompting all 45 residents and 70 or so staff members to take the PCR test.

Eight of them were confirmed infected with the virus by April 2.

The ward officials suspect the virus spread at the nursing care home from a resident who had earlier been admitted to Eiju General Hospital for an illness.

The resident returned to the Yanaka home in mid-March. But the illness came back, and the resident was admitted to the hospital again. There, the resident tested positive for COVID-19.

At Keio University Hospital in Shinjuku Ward, a patient who had been transferred from Eiju General Hospital also tested positive.

Later, eight patients and doctors in training at the university hospital were confirmed infected, and multiple medical interns tested positive on April 2.

A hospital representative declined to reveal the actual number of the infected, citing hospital policy. But the representative said one of the medical interns tested positive on March 31.

Since medical interns are in frequent contact with each other, the hospital instructed other interns to stay home and had them tested.

The hospital on March 28 suspended services for outpatients seeking initial medical examinations, and it suspended emergency care on March 31.

The hospital on April 1 also announced that it might postpone services for outpatients on return visits.