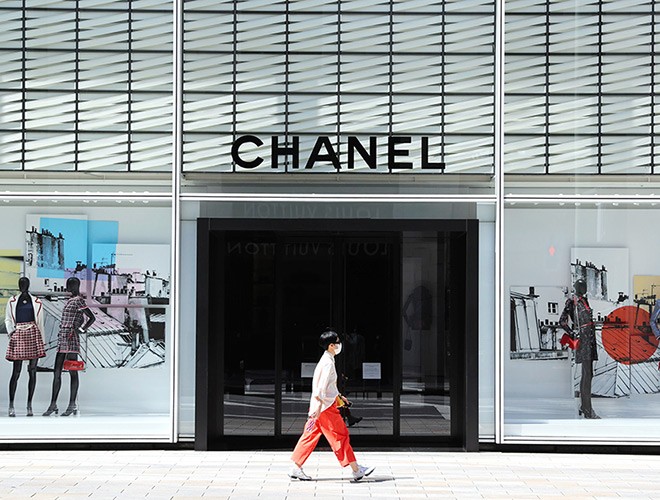 A lone pedestrian walks along one of the main thoroughfares in Tokyo's Ginza district, where many department stores and retail outlets were closed for the weekend. (Kazuhiro Nagashima)

Parts of Tokyo, for the second weekend in a row, resembled a ghost town as residents heeded a call to refrain from going outdoors due to the coronavirus scare and a disturbing rise in new infections.

More department stores, retail outlets and restaurants decided to shutter their doors on April 4 as the number of coronavirus infections in the capital increases at a much higher pace than even a week ago.

Tokyo Governor Yuriko Koike had warned the next two to three weeks would be critical in deciding whether to lock down Tokyo.

Despite balmy springtime weather, few people were out and about in the metropolis of 13 million.

On the main thoroughfare of the fashionable Ginza district, department stores kept their shutters lowered throughout the day.

The Mitsukoshi department store had remained open over the last weekend in March although business hours were shortened. This weekend, it will remain closed.

A 60-year-old woman living in Funabashi, Chiba Prefecture, read the sign in front of the department store announcing the closure.

“My daughter used to work here so I was curious about what the outlet would do,” the woman said. “I am relieved to find it has closed for this weekend.”