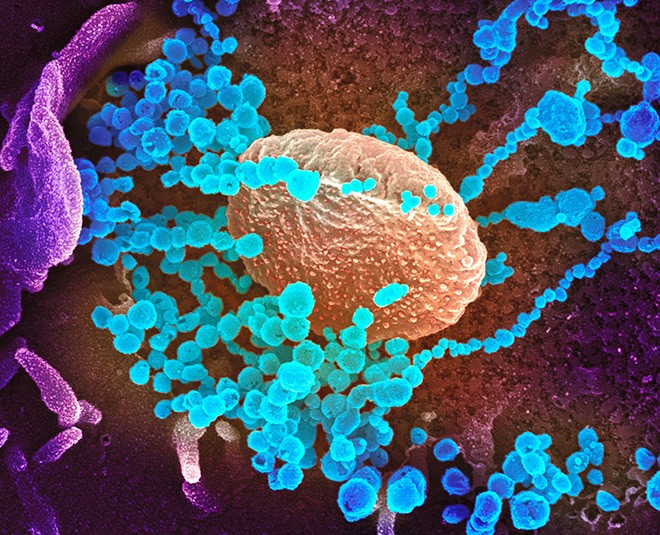 The new coronavirus that causes COVID-19 (The U.S. National Institute of Allergy and Infectious Diseases via The Asahi Shimbun)

Tokyo reported 83 newly confirmed cases of COVID-19 infections on April 6, a drop from the previous two days, but the infections raised some new concerns.

While there were more than 100 new cases logged on each of the previous two days, the lower figure on April 6 also included a possible cluster infection in the capital.

Some of the new cases have been linked to Jikei University Hospital in Minato Ward.

Tokyo metropolitan government officials said close to half of the newly reported infections are among young people. By age bracket, people in their 30s made up the biggest group, at 21 cases, followed by 18 people in their 20s.

Chiba Prefecture reported 18 new cases, including one employee and two family members of an employee at Hokuso Ikusei-en, a facility for people with intellectual disabilities, in the town of Tonosho. A total of 108 people tied to the facility have been infected.

Among the 14 new cases in Saitama Prefecture are two people at Tokorozawa Meisei Hospital--including a medical care provider. Saitama prefectural officials are looking into the possibility of a cluster infection at that facility.

In Ibaraki Prefecture, a baby girl who has not yet reached her first birthday was among the seven new cases.

There were four more fatalities reported on April 6 across Japan, one each in Hokkaido, Saitama city, Nagoya and Hyogo Prefecture.

In Kyushu, the Kumamoto city government announced it erred two days earlier when it announced a woman in her 40s was infected with the coronavirus. She actually tested negative, so the prefectural government revised the total number of infections downward to 19.