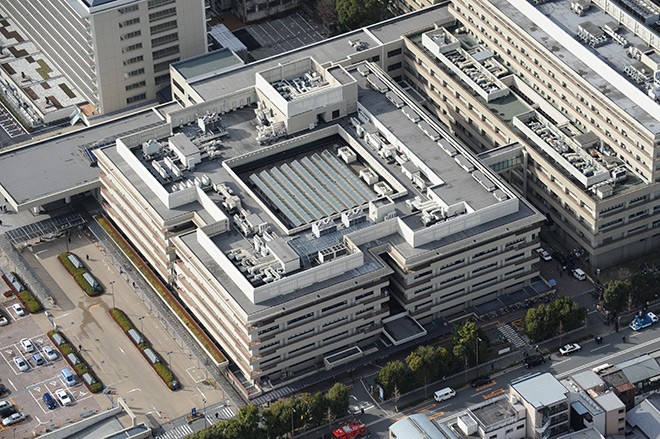 Ninety-five medical staff newly assigned to Kyoto University Hospital have been ordered to stay at home by the hospital after some went out drinking and partying during the coronavirus outbreak--even though they were expressly told not to.

According to Kyoto University Hospital in Kyoto's Sakyo Ward, the 95 comprise 28 doctors, 57 interns and 10 other staff. The number of interns self-isolated at home represents 60 percent of a total of 95 interns posted at the university from April, the start of the new fiscal year.

So far, none of them has symptoms of the coronavirus and medical staff who have finished their two weeks of self-quarantine are returning to work, according to the hospital.

News of the quarantine order comes after interns at Keio University Hospital in Tokyo contracted the virus following a large dinner party.

“Looking at cases in other hospitals, we took stricter actions toward our new staff,” Kyoto University Hospital said in a statement. “We think that this order is a necessary measure to sustain the operation for medical practices and ensure that patients receive safer treatment.”

The hospital had been asking the new staff since February to refrain from going out to social functions and traveling across Japan to prevent coronavirus infections spreading to its facility.

The hospital did not warn them they would have to self-isolate at home if they ignored the request.

The drinking parties were not hosted by the hospital.

The hospital said it does not think their time in quarantine has affected its operations.