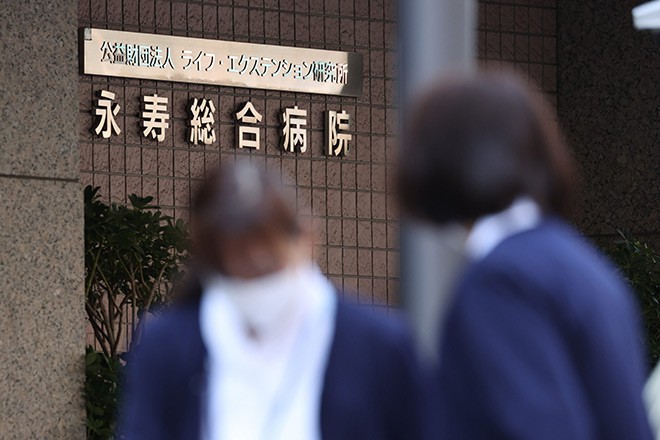 Japan confirmed 515 people infected with the novel coronavirus on April 8, the first time new cases exceeded 500 in a day, according to government data compiled as of 11 p.m. April 8.

The infections push the country’s total number of cases to 5,693. Tokyo has recorded 1,338 patients with the virus in total, the highest number in Japan.

Tokyo and six other prefectures under a state of emergency, declared April 7, collectively recorded 364 new cases. That made up 70 percent of the nation’s daily total.

Tokyo, Kanagawa and Saitama prefectures each hit record highs for a single day, with new case counts of 144, 66 and 34, respectively.

Seven people died from coronavirus infections across Tokyo and two other prefectures.

It is not clear how 95 people out of Tokyo’s 144 new cases contracted the virus.

A nurse who was providing medical care to an infected patient at Tokyo Metropolitan Tama Medical Center was confirmed to have the virus.

Four people in Tokyo died from the coronavirus, with three of those being patients at the virus-hit Eiju General Hospital in Taito Ward.

Kanagawa Prefecture has recorded a total of 356 coronavirus cases.

A Kanagawa Prefecture assistant police inspector in his 60s who works for the Fujisawa-Kita Police Station tested positive for the virus.

Chiba Prefecture confirmed 33 people have the coronavirus. Two are staff members of Hokuso Ikusei-en, a facility for people with intellectual disabilities. Scores of cases have been linked to that facility, where group infections were identified.

In addition to Tokyo, a state of emergency was declared for Kanagawa, Saitama, Chiba, Osaka, Hyogo and Fukuoka prefectures.

The Metropolitan Police Department in Tokyo announced that a detainee in his 50s at Shibuya Police Station was infected with the virus.

It is believed to be the first time a detainee in Japan has tested positive for the virus.