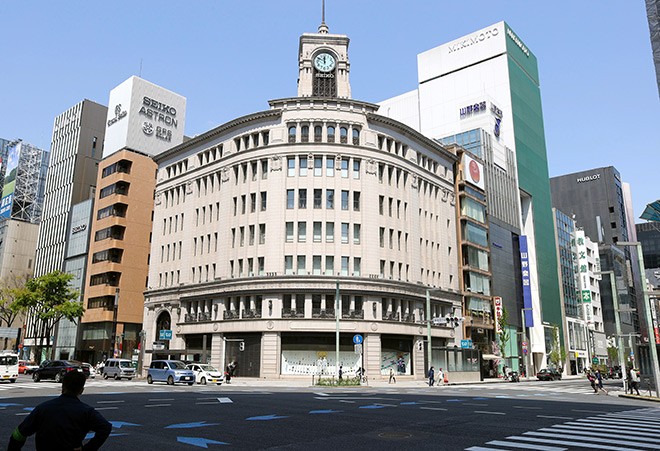 Only a few people are seen in Tokyo's upscale Ginza district on April 8, a day after the government declared a state of emergency. (Yasuhiro Sugimoto)

A taxi operator in Tokyo plans to dismiss all 600 or so of its drivers because it expects business to further deteriorate under the state of emergency declared over the new coronavirus outbreak.

Royal Limousine, based in Tokyo’s Koto Ward, said on April 8 that it has started informing the drivers, including those employed in its group businesses, of the layoffs.

A company official said the cabbies were given assurances that they would be rehired if they want once the outbreak subsides.

The official said Royal Limousine believes the drivers would be better off receiving unemployment benefits from the government-sponsored employment insurance program instead of leave allowances from the company during the health crisis.

The company’s business plummeted after many people started heeding the government’s advice and refrained from going out during the pandemic.

With Tokyo among the seven prefectures covered under the state of emergency declared on April 7, the company said it cannot expect its business to recover anytime soon.