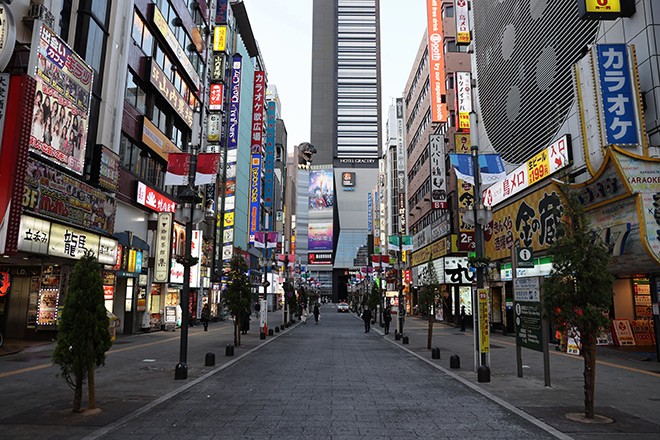 Labor minister Katsunobu Kato said sex industry workers will be included in the government's new subsidy program for income lost from the coronavirus outbreak, reversing course on the policy.

The about-face allowing sex workers access to the funding comes after the government faced criticisms it was discriminating against people based on their occupation.

The ministry revised the program requirements on April 7 to cover sex workers, the same day the minister made the announcement.

Just a few days prior, Kato had said, “I don’t think it’s appropriate for public support measures to benefit (those in the sex industry).”

The new subsidy program is aimed at helping parents forced to take time off from work to look after their children, following government-requested school closures that started in early March in an attempt to slow the spread of the virus.

Employers of parents who have taken leave, as well as self-employed parents, are eligible for the subsidy if they meet certain requirements.

But sex workers and restaurant industry hosts and hostesses were initially barred from accessing the funding, along with members of organized crime syndicates.

That sparked outrage on social media, leading some to decry the rules were “discrimination by occupation.”

Swash, an advocacy group for sex workers, sent a written request on April 2 to Kato, urging the ministry to revise its program requirements.

Kato also announced that the ministry will revise the similar requirements for the existing government employment subsidy program to cover employers of sex workers as well. Businesses can receive the subsidy if they keep their employees by paying them leave allowances instead of firing them.