EDITORIAL: Lessons learned in reopening of Wuhan need to be widely shared 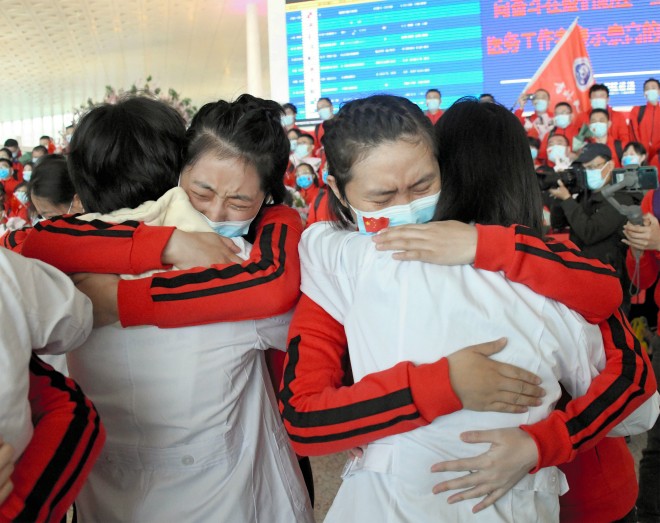 After two and a half months of imposing a total lockdown on a city of 11 million people to prevent the spread of the new coronavirus, China recently reopened Wuhan to the rest of the nation.

Wuhan is where the first confirmed cases of infection with the coronavirus were reported. More than 2,500 people have died of COVID-19 in the industrial hub in China's Hubei province.

As the original epicenter of the coronavirus outbreak, Wuhan has been hit by far the hardest among Chinese cities. With regard to the daily lives of citizens, the end of the lockdown marks the first step in the predictably long process of returning to normalcy.

But many doubts and questions remain as to what actually happened in Wuhan since last year. What has the lockdown caused to the city and its people?

Even if it takes time to identify the origin of the outbreak and analyze how the virus spread, Chinese authorities must already have detailed information about the measures they have taken, the chronological changes in the number of cases and social impacts of the outbreak and the responses to it.

If China continues restricting access to such information even after lifting its lockdown of Wuhan, both the Chinese and international public will remain wary of whatever Beijing says about this disaster.

The Chinese government should disclose all relevant information including inconvenient facts to share the lessons from its experiences in fighting the virus with the rest of the world.

It is possible that such cover-ups by Chinese authorities may have accelerated the spread of the virus. While the top officials of both Hubei province and Wuhan have been sacked over delays in initial responses to the outbreak, no detailed information about what happened at that time has been disclosed.

Rather, the Communist Party government has kept suppressing the efforts by people to offer their own information or opinions freely to the world. Lawyers and others who tried to report on the dire situations in medical institutions in Wuhan through social media have gone missing and no news on their fates have since been heard.

A famous writer's online journals describing the realities of life under lockdown have been removed.

There can be no real progress in the international efforts to overcome the pandemic without free exchanges of information.

While the Chinese government claims that the infection has peaked in the country, the international community has naturally cast a distrustful eye upon the statistics on which the claim is based.

Chinese Premier Li Keqiang recently warned local officials not to cover up new coronavirus cases, saying, "There must be no concealing or underreporting."

Beijing has issued orders for efforts to restart economic activities while working to contain the infection.

This must have put many front-line officials and workers in a quandary.

Instead of issuing one order after another, political leaders in Beijing need to reconsider their authoritarian style of ruling.

The problem is not limited to issues concerning infection with an unknown virus. Suspicion accompanies all kinds of official information provided by the Chinese government, including economic, military and judicial information.

It is maddening to think about how this lack of transparency has masked so many violations of human rights and caused unnecessary anxiety in the international community.

The coronavirus pandemic has underscored the fact that China's control of information and opinions in the public sphere poses a serious threat to the entire world.

To fulfill its responsibility to tackle global issues, China should start by disclosing accurate and reliable information about what is happening in the country.