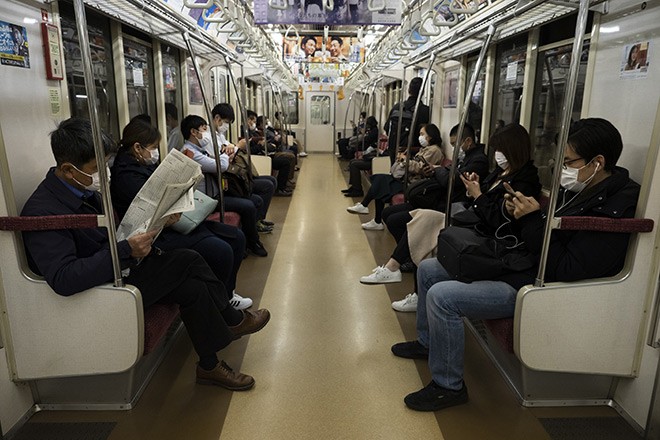 Commuters ride a train on April 7 in Tokyo. (AP Photo)

Railway operators in the greater Tokyo metropolitan area say they had about 60 percent fewer passengers at each station on April 8 than the same time a year ago.

Those numbers are from the day after the government declared a state of emergency for Tokyo over the coronavirus outbreak.

Tokyo Metro Co., which operates subway lines mainly around central Tokyo, said the ridership decline shows many people are heeding the government’s request to refrain from nonessential outings, even on weekdays.