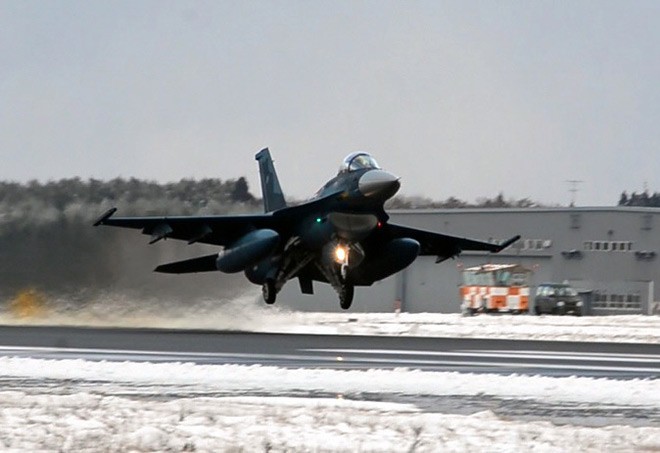 The Japanese government is now in the final stages of coordination to develop the successor to the F-2 fighter jet with the United States, according to multiple government officials.

The Japanese government is considering officially declaring the United States as its partner for joint development at the end of the year, after continuous talks that will last until this summer.

The F-2 is one of the main fighter jets used by the Air Self-Defense Force.

Some Defense Ministry officials had pushed for joint development with Britain because that would make it easier for Japan to take leadership over the project. But the prime minister’s office pushed for the United States in considering interoperability between fighter jets.

The government is working on establishing a conference involving Japan and the United States and the private sector to discuss cooperation in the project.

The midterm defense buildup program, set up in 2018, states that Japan will begin development early and seek international cooperation.

But a key issue in talks with the United States will be whether Japan can maintain its leadership role in the project.

According to government officials, about 10 Japanese companies, including Mitsubishi Heavy Industries Ltd., IHI Corp. and Toshiba Corp., will join the conference.

The first meeting was supposed to be held in Tokyo at the end of March, but it has been postponed due to the coronavirus outbreak.

Talks are expected to cover where they can cooperate in each field, such as source codes for the jet’s software and stealth abilities that would allow it to avoid enemy radar detection.

The government earmarked 11.1 billion yen ($103 million) toward development costs for the next-generation fighter jets in this fiscal year's initial budget.

(This article was written by Ryo Aibara and Daizo Teramoto.)