VOX POPULI: Spare a thought for florists as pandemic steps on flower sales 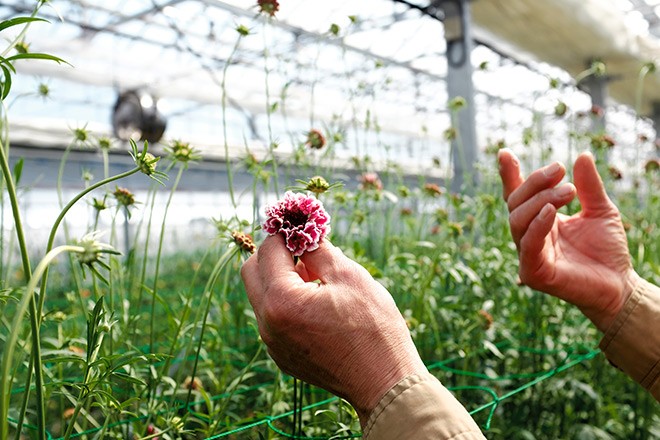 This spring must be tough for florists who have to keep their stores closed.

Rather than resign themselves to letting perfectly good flowers go to waste, some florists have started displaying their stock outside their unattended stores. They leave a wooden box out where shoppers can drop their payments in cash.

“We are doing this because this is such a hard time for all of us,” explained a store manager in Tokyo. “We hope this may help some flower growers, too.”

Remembering the owner of a flower farm I interviewed in the past in Honjo, Saitama Prefecture, I phoned Shigeo Shiobara, 65.

“Things are really bad,” said Shiobara. “The pandemic is causing serious financing problems to everyone in our business.”

It is virtually impossible for farmers to abruptly change the type of flowers they grow or suddenly discontinue cultivation.

The damage caused by the pandemic varies from flower to flower.

The tulip, which starts shipping in late winter, has escaped relatively unscathed. The heaviest damage has been done to flowers that come into demand from late March to early April, around the change of the fiscal year.

They include the cineraria, which figures prominently at school graduation ceremonies, and the phalaenopsis orchid, a popular gift item for newly opened businesses.

Hydrangea shrubs, which Shiobara has grown with loving care, will begin to reach their shipping peak in late April. They are Mother’s Day favorites, along with carnations and lavenders.

Shiobara has about 30,000 potted hydrangeas ready for this year. Naturally, he is on pins and needles now, not knowing when the government is going to declare the end of the state of emergency.

Flower farmers are being seriously affected by the pandemic around the world. In India, the lilies and chrysanthemums that adorn temples have been trashed. In the Netherlands, tulips have met the same fate.

I cannot think of any instance in the past when so many flowers were destroyed all at once before reaching the market.

Wanting to cheer myself up a bit in this depressing time, I bought a small pot of white flowers from a neighborhood florist.

Never before in my life had I ever bought a flower, feeling for the difficulties of florists and flower farmers.