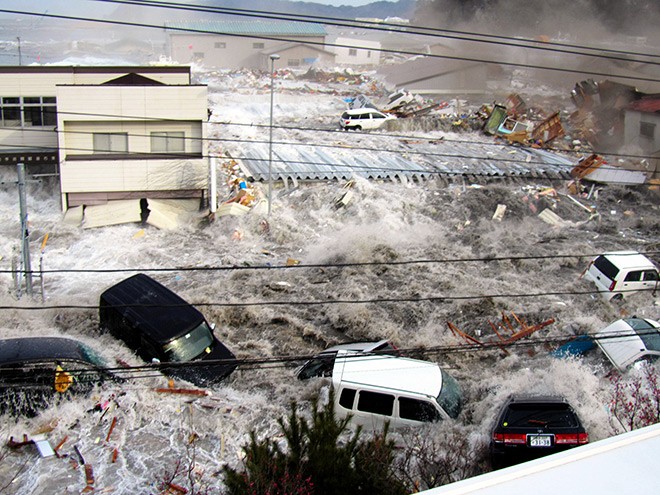 Tsunami even more powerful than those that left nearly 20,000 people dead in the 2011 disaster could strike coastal areas of northern Iwate Prefecture if an off-the-charts earthquake strikes, experts said.

They estimated that tsunami of nearly 30 meters could devastate the Pacific coast of Hokkaido and the northern Tohoku region in such an event.

Miyako in Iwate Prefecture could be hit by tsunami as high as 29.7 meters, while Erimo in Hokkaido faces the prospect of one as tall as 27.9 meters, the panel said in a report to the Cabinet Office on April 21.

The panel looked into the possible effects of a gigantic earthquake occurring along the Japan trench and Chishima trench. The two trenches stretch along the Pacific coasts of Hokkaido and eastern Japan.

One simulation involved the effects of an unprecedented earthquake of at least magnitude-9.0, the same measurement as the Great East Japan Earthquake in 2011 that unleashed towering tsunami that laid waste to vast stretches of the Tohoku region.

The panel estimated the maximum tsunami heights, the areas that would be inundated and a distribution of the intensities under the Japanese scale of 7, the highest reading for a major disaster.

For an earthquake along the Chishima trench, the towns of Akkeshi and Hamanaka in Hokkaido would be struck by quakes of a maximum-7 intensity. In addition, it was estimated that tsunami higher than 20 meters would lash the coastline of southeast Hokkaido.

An earthquake along the northern section of the Japan trench would cause earthquakes of upper 6 in intensity along the Pacific coast of Aomori Prefecture and southern Iwate Prefecture.

Tsunami of between 10 and 20 meters would strike various parts of the Tohoku region, including one with an estimated height of 26.1 meters itting Hachinohe, Aomori Prefecture, the panel said.