VOX POPULI: April 25, a date with disaster now already 15 years in the past 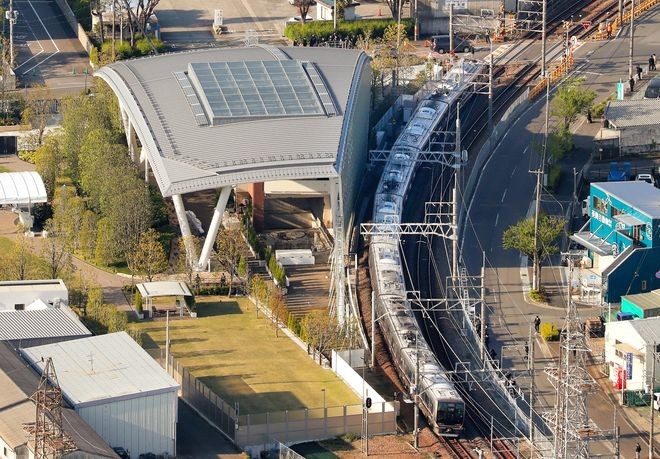 The site of the JR Takarazuka Line train derailment on April 25, 2005, as it looks today (Toyokazu Kosugi)

"Hair Salon Nishino," a barbershop in Nishinomiya, Hyogo Prefecture, is closed on Mondays. And 15 years ago, April 25 happened to be a Monday.

That morning, barber Setsuka Nishino told her husband and business partner, Michiharu, that she was going shopping. She took a JR Takarazuka Line express train.

When a newsflash alerted Michiharu to a train derailment on the line, he felt a sense of foreboding. His repeated calls to Setsuka's mobile phone went unanswered.

When he was finally reunited with her, it was in a corner of a morgue. A tag attached to her body stated, "Presumed Age: 45."

Her real age was 63. Michiharu thought this mistake could not have been more "appropriate," as Setsuka had always made a point of dressing youthfully.

Michiharu mused aloud, "Thinking back, I see that I owe my entire life to my late wife."

It was all thanks to her, he explained, that their spacious barbershop always did quite well, and that he was blessed with a happy marriage and two children.

"She was cheerful and had many friends," he recalled. "And her cut and perm techniques were top-notch."

He said he thought of placing her favorite pair of scissors in her coffin, but decided against it. "I wanted her to just relax and enjoy herself in her afterlife."

Shortly after the fatal Takarazuka Line train derailment, The Asahi Shimbun's "Kadan" poetry section ran this piece by Yoshiko Hashimoto: "107 lives lost in a flash/ All 107 were younger than me."

Many of the victims were high school and university students. One does not have to be their family or kin to grieve for them anew, thinking of their youthful dreams that were forever lost.

A memorial facility called "Inori no Mori" (Shrine of prayer) stands on the site of the accident that occurred 15 years ago.

This year, a ceremony scheduled to be held there on April 25 was canceled because of the new coronavirus pandemic.

At Nishino's barbershop, a portrait of a smiling Setsuka graces a wall. The shop is open for business as usual today.