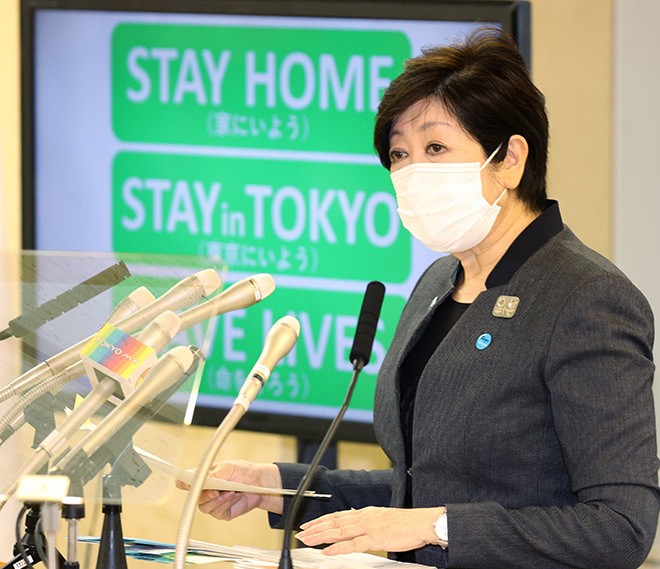 For the first time in 13 days, the number of daily novel coronavirus infections in Tokyo fell below 100, with 72 new cases reported on April 26.

The last time the capital recorded fewer than triple-digit numbers was April 13, when 91 cases were reported.

Twelve deaths were confirmed across the nation, including four in Chiba Prefecture and two each in Gunma and Osaka prefectures, raising the total number in Japan to 372.

Numerous deaths and new infections were recorded at social welfare facilities that have experienced clusters of infections.

Gunma Prefecture reported two deaths of a resident and a user in their 80s and 90s at the Towanosono nursing home in Isesaki. The confirmed number of cases associated with the facility reached 67, with 13 of these patients having died.

At a Yokohama care facility, a female nurse tested positive for the virus, which marked the fifth case there.

The number of confirmed cases on April 26 may be lower than other days because testing facilities were closed that day, which results in fewer reported cases.