Kono: Planning will begin for SDF response to UFO encounter 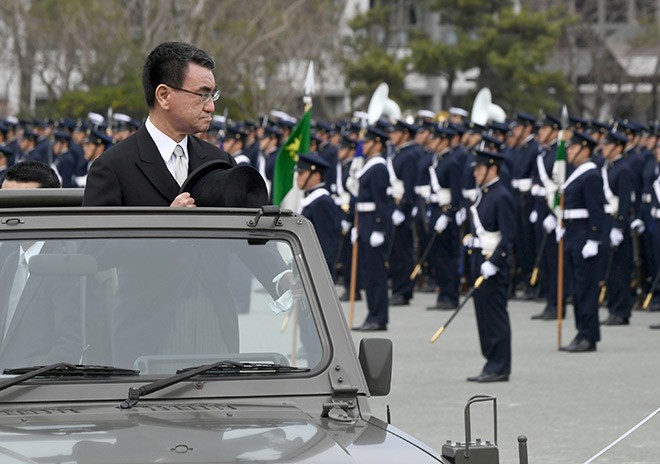 Although Defense Minister Taro Kono doesn't believe in UFOs, he wants the Self-Defense Forces to have a plan in place for any encounter--just in case.

Kono made the comment at a news conference on April 28 after the U.S. Defense Department declassified and released videos shot by Navy pilots pointing to the possibility that UFOs exist.

“We would like to establish procedures in the event an encounter is made with a UFO,” Kono said.

He indicated his ministry and the SDF would begin preparing for such an event.

While Kono said the SDF had not yet encountered a UFO, he added, “If video can be taken (of a UFO encounter) and if a report is possible, then a report will be made. Discussions will be held with the Air SDF about just what can be done.”

He said ministry officials will ask their Pentagon counterparts about the release of the videos as well as any analysis they had conducted.

In February 2018, the Japanese government issued its official position on UFOs saying, “no confirmation has been made of their existence.”

The document in response to questions from a lawmaker added, “The government has not considered in any specific manner what will be done should a UFO be sighted flying toward Japan.”

At the news conference, Kono admitted that he himself did not believe that UFOs exist. However, the defense minister was less forthcoming when asked if he believed in supernatural powers or psychic phenomenon.

“That is a corporate secret,” he replied.