TENNIS/ ‘Homebody’ Osaka making the most of isolation 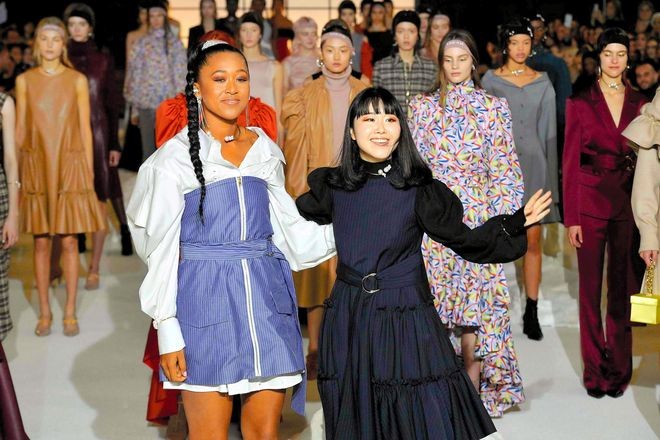 Following a whirlwind few years, Japanese tennis star Naomi Osaka can be forgiven for taking time to reset and relax as the sporting world goes on an indefinite pause due to the coronavirus crisis.

Osaka, a two-time Grand Slam winner who also became the first Japanese player to reach world number one, had been preparing for another action-packed summer including her Olympics debut on home soil at Tokyo 2020.

Instead, with the Olympics postponed until 2021, the 22-year-old finds herself in quarantine at her home in Los Angeles where she is making the most of her new-found downtime.

“I know that the quarantine initiatives are so important so I am using this time to really be a homebody, something a tennis player on tour can never be,” Osaka told Reuters via email.

“I’ve been playing tennis almost every day for as long as I can remember, so it has been an opportunity to take stock and reset. I have been cooking a lot, working out to stay fit, reading and keeping in touch with my sister and family.”

Although unable to get on the court with her coach Wim Fissette, Osaka has been finding novel ways to stay fit.

“I haven’t been able to play tennis, however, I have been speaking to my coach and fitness trainer daily and finding ways to keep my body fit and ready for when the tour resumes,” she said.

“It’s a new normal but I am adjusting.”

Osaka has kept her competitive juices flowing by preparing for Sunday’s Mario Tennis Aces tournament, where she will compete with the likes of real-life rivals Serena and Venus Williams and compatriot Kei Nishikori in the virtual competition.

Osaka admits she is a bit of a gamer and fancies her chances alongside doubles partner, model Hailey Bieber.

“My sister and I played a lot growing up and yes I still play and even more so now during the quarantine. I can say yes, I am a gamer,” said Osaka.

“I had actually started playing much less in recent months as I was getting into new hobbies, like fashion, photography and spending more time outdoors with friends … But since quarantine I’m back into my old habits.

“Gaming is awesome but it is nice to have a balance.”

“I mean Hailey and I are going to be hard to beat! I think she plays a lot with (husband) Justin (Bieber) so I know she’s got game,” Osaka said.

“I heard we have Steve Aoki and Kei in the first round which is kind of an all-Japan clash so let’s see what those guys bring.”

Whilst Sunday’s virtual tournament, which will be streamed live on Facebook, will be fun, Osaka is itching to get back on the court and preparing for the rearranged Olympics Games next year.

Osaka, who was born to a Haitian father and Japanese mother, was set to be the face of Tokyo 2020 and starred in the video to launch the official motto for the Games.

Osaka understands that the postponement was a necessary decision.

“Like most athletes that had been training I was disappointed at first but when you realize the postponement is for the better of the entire world you know the game can wait, we will come together in 2021 and be ready,” Osaka said.

“I actually have a lot of sympathy for athletes, like track athletes, who work for four years and plan to peak at that exact time … Now their schedule is probably in turmoil.”

“Tennis is a little bit different so I shouldn’t have to alter my preparations too much.”

Osaka said that when the Games do finally go ahead, they could be a beacon of hope at the end of the battle against COVID-19, which has killed over 218,000 people worldwide.

“I know so many people (including close friends) that have worked so hard on the Games, and I know how difficult this has been for people in Japan as well … So it has been tough,” she said.

“But of course it is the right decision, which has my full backing. I’m really hopeful that the Olympics will now be a massive celebration for the world at the other end of this pandemic.”