Osaka set to defy Tokyo, ease its curbs on staying safe in public 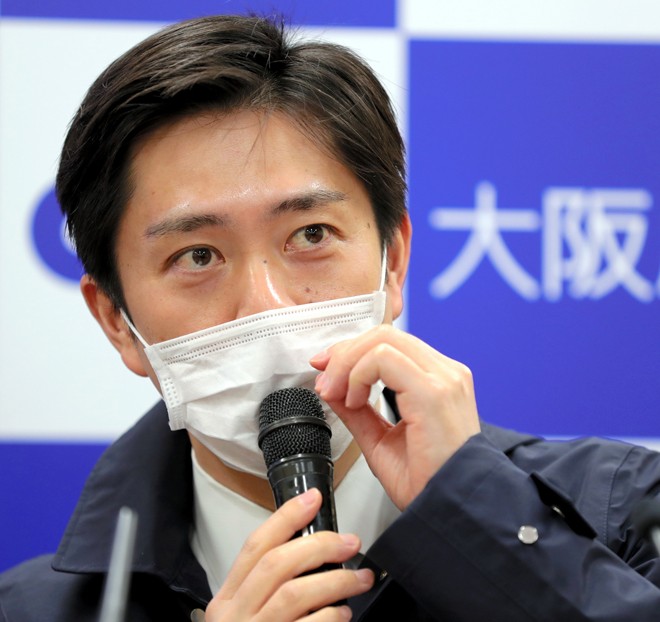 OSAKA--Osaka Prefecture, with the nation's third largest population, is taking issue with the central government's approach to handling the new coronavirus crisis and moving to relax its policy of asking residents to stay home and for operators of commercial establishments to remain closed as a precaution against the spread of infections.

Osaka Governor Hirofumi Yoshimura indicated that restrictions could be eased from May 15.

The central government is scheduled to announce the new policy on May 4.

On April 14, a week after Osaka was placed under a state of emergency over the health crisis, the governor called on operators of karaoke parlors, gyms, night clubs and other venues that attract crowds in enclosed spaces to shut down. The April 7 declaration was later expanded nationwide.

Areas placed under the central government’s updated nationwide state of emergency will give legal backing to local authorities in their requests to residents to abide by the restrictions under the recently revised special measures law.

Yoshimura said prefectural officials will discuss which venues should be allowed to reopen in the coming days.

Osaka Prefecture intends to draw up its own guidelines on the issue of permitting various enterprises to reopen on the basis of indicators such as the number of hospital beds available to cope with COVID-19 patients in the prefecture.

Yoshimura has expressed concern about the economic impact on the local economy from a continued shutdown of stores and other businesses.

“If the economy is completely halted, it will result in the bankruptcy of many businesses and a spike in unemployment, consequences that are certain to claim people's lives,” he said.

The governor on May 1 assailed the central government for not presenting a time frame to the public on what overseas is called "covexit," or a measured approach to relaxing curbs on people's activities. Yoshimura called this “highly problematic.”

“If the central government does not lay out a strategy, we decided to have one of our own,” he said.

Although the current state of emergency expires after May 6, the central government has made clear it will likely be extended for another month or so.

Osaka Mayor Ichiro Matsui sided with Yoshimura, citing the revised special measures law allowing governors to map out their own strategies to deal with the pandemic.

As of 10:30 p.m. on May 1, the overall known infections in Osaka Prefecture came to 1,639, the second highest after Tokyo, at 4,317, but the number of new cases remains relatively stable.

Some experts warn that if commercial venues reopen, it could lead to a surge in new cases.