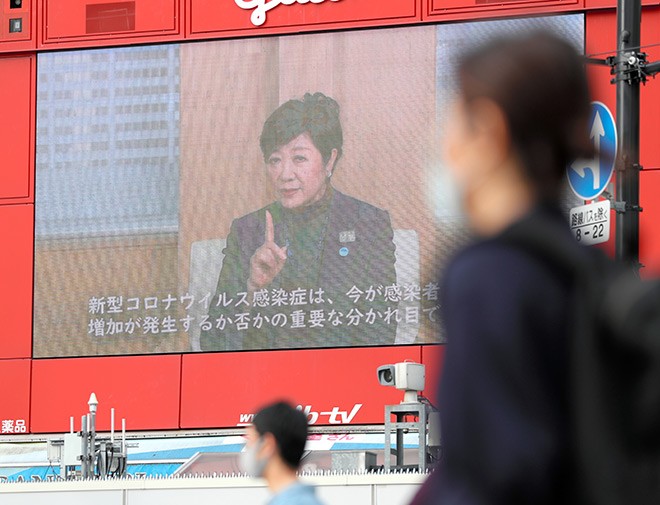 An electronic billboard in Tokyo’s Shibuya Ward on May 4 carries footage of Tokyo Governor Yuriko Koike stating, “Now is the critical time to determine whether the novel coronavirus will spread explosively or not.” (Naoko Kawamura)

Health authorities reported 178 new COVID-19 infection cases across the nation on May 4, bringing the overall tally to 15,261 as of 10 p.m. Twenty new deaths were confirmed nationwide, raising the total to 556.

In Kanagawa Prefecture close to Tokyo, a police inspector in his 60s died of complications from the novel coronavirus at a hospital on May 3, the first such case involving a police officer. The man worked at the security section of Fujisawa-Kita Police Station, having been re-employed after he reached the mandatory retirement age of 60.