VOX POPULI: With no pro sports to enjoy, this is my spring of discontent 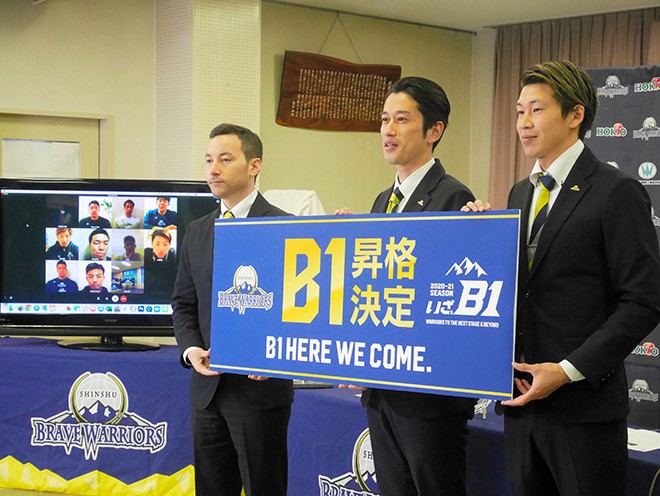 I find it frustrating not being able to watch and enjoy any professional sports at home or overseas during this holiday-studded Golden Week.

No games are being played, so there are no live broadcasts. I have been reduced to getting my fix from watching great games of the past that are streamed online.

I’m so disappointed that we can’t bring dreams and excitement to fans through our play,” lamented Hiroaki Takei, 28, captain of the Shinshu Brave Warriors, a professional basketball team that was promoted late last month to the first division of the B.League.

In a normal year, the league would be nearing the climax of the season now. But the spread of the new coronavirus pandemic has forced all matches into cancellation.

Takei joined the team four years ago, when the home gym in Nagano Prefecture was in a sorry state of disrepair from age, and the team was languishing.

Under a new coach, the team last season made it to the top of the second division of the B.League. But its promotion to the first league had to be forfeited due to financial difficulties.

The team’s woes didn't end there. Last autumn, a powerful typhoon turned the team’s main practice site into an evacuation center for affected residents. This past spring, the team had to play without spectators because of the coronavirus crisis.

“Playing in the empty arena, I was reminded acutely of how much our fans’ cheering used to fire me up,” Takei recalled.

The news conference the team gave upon its promotion to the first division was held online, much to Takei’s regret as he was unable to celebrate the happy occasion with fans.

Basketball is certainly not the only popular sport that has been hard hit by the pandemic.

The season hasn’t even opened for pro baseball, and the Japan Sumo Association has announced the cancellation of the summer tournament.

A professional soccer team in the first division of the J.League has reportedly racked up losses amounting to a whopping 2 billion yen ($18.76 million).

May is supposed to be the month when the hard work put in by top athletes bears fruit in superb performances. Fans would be enthralled, and dramatic upsets would throw some into frenzied rejoicing and make others weep.

For the first time in my life, I realized how bleak a spring can be when sports have disappeared from my daily life.