EDITORIAL: The dangers of comparing COVID-19 pandemic to war 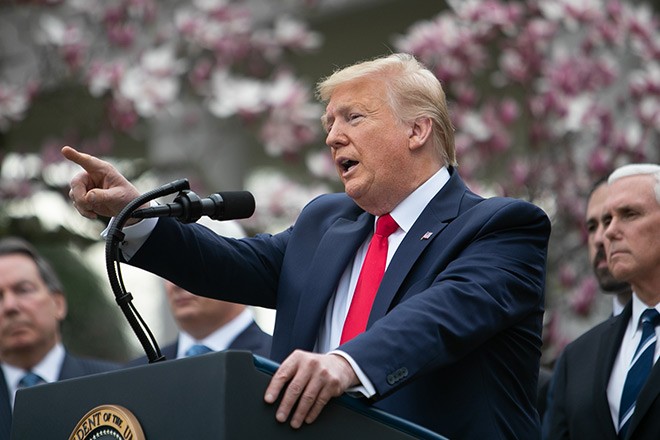 The gravity of the new coronavirus pandemic can never be stressed enough, given the pathogen’s lethality and the incalculable damage it can do to the economy.

However, political leaders should know better than to make casual comparisons of the fight against COVID-19 crisis to a “war.”

Granted, front-line health care providers find themselves on gruesome “battlegrounds” daily. But what the world is facing is a public health emergency, accompanied by economic and social crises. These are a far cry from any war in the sense of an armed clash between nations.

For some political leaders, a crisis apparently provides a chance to augment their power and make their people more amenable to measures that restrict their rights and freedoms.

Historically, control of information and speech has been enforced in times of war. There also have been instances where vital policies were formed arbitrarily in disregard of democratic procedures.

To overcome the COVID-19 crisis, countries must disclose information to the public to the fullest extent possible, make decisions in a transparent manner based on opinions of experts from various fields, and seek the public’s full understanding and cooperation.

Any failure to do so would render it difficult to accurately assess the risks and their impact in a timely manner and implement appropriate measures.

In wartime, national unity is demanded without question, and breaking ranks is anathema.

A serious rift will emerge in society and destroy any broad solidarity once authorities start widespread condemnation and elimination of dissenters, without considering their situations and refusing to reason with them.

It should also be noted that vulnerable members of society should never be sacrificed, and that regarding the virus with undue “hostility” raises the risk of inflaming societal discrimination against infected individuals as well as people around them.

In a televised address in April, German President Frank-Walter Steinmeier told the nation: “This pandemic is not a war. Nations do not oppose other nations, nor soldiers against other soldiers. It is a test of our humanity.”

Steinmeier went on to call for interpersonal and international solidarity, asking which path citizens should take--that of mutual cooperation in seeking to overcome the crisis together or of fragmentation so that everyone goes their own way.

The pandemic is expected to drag on, and no one knows when it will end. It would simply not do to gloss over the complex reality with “brave” rhetoric, nor to overstate the tension and deepen rifts. Such behavior would only delay bringing the pandemic under control.

Every politician must speak only carefully considered words of wisdom and objectivity that will encourage people to act sensibly and protect everyone’s life.