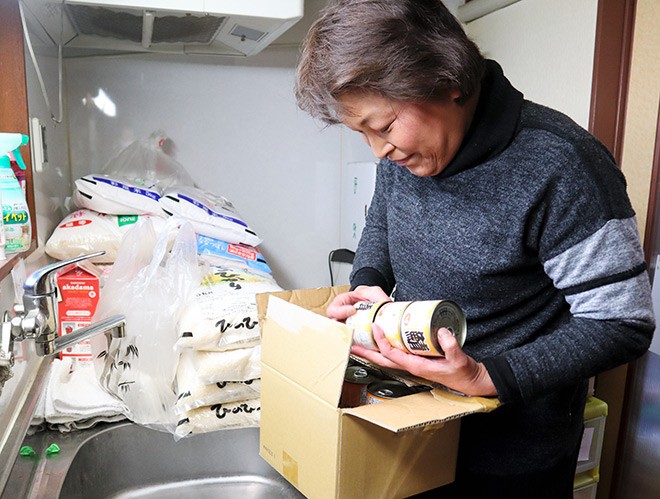 Children in Japan are at heightened risk of being abused at home due to coronavirus-induced closures of schools and safe havens for kids, and increased economic uncertainty among parents, social workers say.

Since Prime Minister Shinzo Abe declared a state of emergency on April 7 for Tokyo and six prefectures, including Osaka, Toshiko Ueno, who provides support to single parents, has received almost double the usual 30 or so phone calls a month she gets seeking advice.

One late-night call to her smartphone in early April haunts the 51-year-old resident of Toyonaka, Osaka Prefecture.

“I want to die with my child,” a single mother in the prefecture raising a child in elementary school while working nights told Ueno.

The woman, who admitted she physically abused her child, partially blamed it on stress from having her salary slashed when the restaurant she worked at closed temporarily due to the novel coronavirus and frustration over not knowing what the future held.

Ueno also operates a restaurant in Toyonaka that had provided free meals and a space for kids to spend time at after school and on weekends.

But she closed it on April 7 when the state of emergency was declared to prevent infections spreading in the small establishment.

Ueno said she doesn't know what has become of the 15 or so children who had been abused at home or not given enough to eat who regularly came to the restaurant.

“Children for whom home is not a safe place have lost their refuge,” Ueno said. “The local government should create a place where these kids can spend time when schools are closed.”

On April 16, just before 7 p.m., a second-year junior high school student who was physically abused by his stepfather from a few years ago arrived at a facility in Osaka city’s Higashi-Yodogawa Ward that helps children with their studies and provides child-rearing support.

He spent about three hours talking to other students during breaks from their studies at the facility, where he is a regular each day except Sunday.

“While preventing the spread of COVID-19 is important, some sort of refuge has to be provided at a time like now when people’s stress is piling up,” said Makoto Honkawa, 43, the operator of the facility.

The Kodomo (children’s) Social Work Center, based in Otsu, Shiga Prefecture, provides a place for children at high risk of poverty or abuse.

Children are bearing increased stress from seeing their parents worrying over their jobs due to the economic impact of the virus, according to Tadataka Yukishige, 46, who heads the organization.

Some children appeared to be eating more snacks and food at dinner time provided at the center, likely because they no longer have school lunches to tide them over, Yukishige said.

“We cannot simply ignore the children who are going through such trying times,” Yukishige said. “We will continue providing support while carefully observing the changes in the children.”

The Nagoya-based Child Abuse Prevention Network Aichi, received an e-mail in mid-April from a first-year junior high school student that said, “My mother repeatedly shouts at me, ‘Disappear! Get lost!' She also throws things at me. Is this abuse?”

In early May, CAPNA received an e-mail about a mother's verbal abuse from a senior high school student desperate for help.

The student was referred to a number of consulting agencies.

When they feel a case is urgent, CAPNA staff contact child consultation centers and on occasion suggest to children that they talk to the police.

CAPNA also gets calls from parents who feel upset that their actions have frightened or hurt their children.

“I believe mothers are also feeling pressure arising from the concerns they hold about an uncertain future,” said CAPNA executive Mayu Mizuno, 45.

Meanwhile, school and local government officials are concerned that the extended period of school closures will make it more difficult to spot cases of child abuse.

In Nara city, consultations regarding child abuse in March after schools closed fell to 53, down from 71 calls in the same month last year. Calls from schools or after-school children’s clubs plummeted to just two in comparison to the 27 of March 2019.

“Many teachers can spot problems by checking for bruises or through changes in how the children talk, but this becomes much more difficult when schools are closed,” said Nara city official Ichiro Higashiura.

Though the welfare and education ministries have sent out directives to all local governments urging them to check at least once a week on children who have registered as being particularly vulnerable to abuse, there are vast differences in how local governments have responded.

Many local governments now have an increasing number of teachers who are working from home. Because of concerns about protecting personal information, it is difficult for teachers to call on students from their own homes, according to an Osaka city official.

(This article was written by Yukiko Nagatomi, Asako Hanafusa and Haruka Ono.)