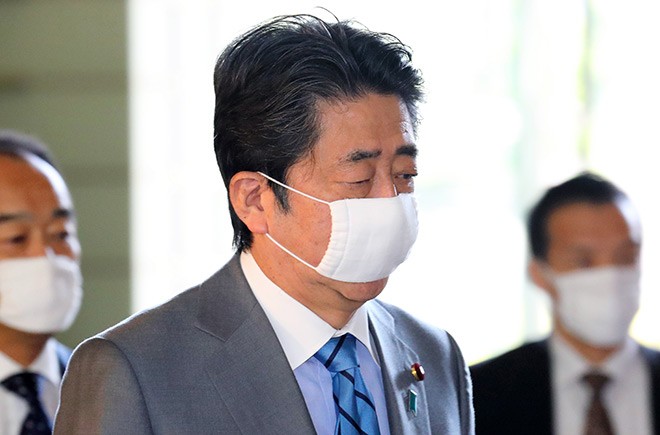 In the court of public opinion, more than 4.7 million tweets and retweets, including those from celebrities, are protesting a revision bill allowing the Cabinet to extend the retirement of top prosecutors, widely seen as a political ploy by the Abe administration.

The barrage of posts under the hashtag, "I oppose the proposed revision of the Public Prosecutors Office Law," as of the evening of May 10, oppose the effort by the Cabinet criticized as an attempt by the Abe administration to retain "friendly" officials close to it.

In a scathing comment, actor Arata Iura said on his Twitter account, “Please don’t bend the law and politics any further out of self-protection. Please do not destroy this country.”

When Iura posted the tweet on the morning of May 10, it was retweeted more than 20,000 times by noon.

The revision of the Public Prosecutors Office Law has been debated in a Diet committee since May 8 to delay the retirements of prosecutors holding the most senior positions based on a Cabinet decision after Prime Minister Shinzo Abe’s Liberal Democratic Party pushed it.

The LDP seeks to gain committee approval for the legislation in the coming week.

The Abe Cabinet granted approval in late January to delay the retirement of Hiromu Kurokawa, chief of the Tokyo High Public Prosecutors Office, by six months beyond his 63rd birthday. Kurokawa is considered a close ally of the Abe administration.

The revision of the law is seen by critics as the “use of power for personal benefit” as the retirement extension will pave the way for Kurokawa to be promoted to the post of public prosecutor general, or head of the Supreme Public Prosecutors Office.

Among other celebrities who denounced the legislation are actors Tadanobu Asano and Sayaka Akimoto, comedian Kayoko Okubo, and manga artists Kotobuki Shiriagari and Chika Umino.

The number of tweets denouncing the bill stood at 100,000 or so in the afternoon of May 9.

Daisuke Tsuda, a journalist who is well versed in online media, said he was stunned by the avalanche of tweets against the legislation.

“I have never seen such a spike in the middle of the night,” he said.

Tsuda noted that whether to revise the law had been a question that was unfamiliar and complex for the public to grasp until recently.

“But it has emerged on their radar as the spotlight has now been shone on the government due to its slow response to the coronavirus pandemic, but speedy handling of the issue of senior prosecutors’ retirement, which seems ‘nonessential’ to debate in the Diet at this juncture,” he said.