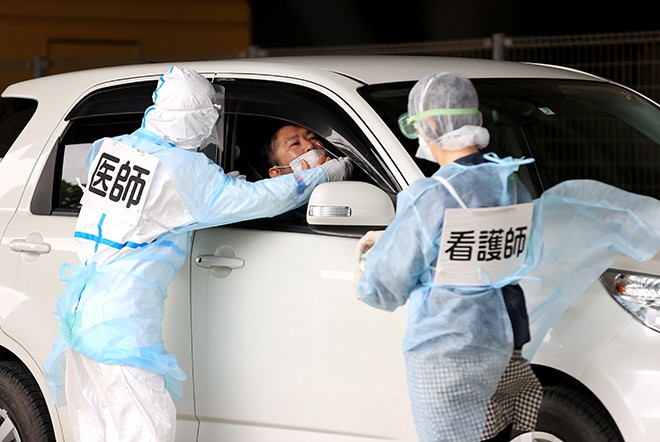 KASHIMA, Ibaraki Prefecture--A drive-through polymerase chain reaction (PCR) testing facility will open May 11 inside a soccer stadium here, making it the first J.League club base to host such a facility.

Officials from the Kashima doctors’ association, which operates the PCR testing facility, and the Itako public health center checked the testing procedure during a rehearsal on May 10 at Kashima Soccer Stadium.

The Kashima Antlers, a first division J.League team, is based in the stadium.

The facility will test people who doctors at medical facilities in five neighboring cities suspect may have contracted the virus if the public health center deems it necessary.

Kashima, the stadium's designated manager, and Ibaraki Prefecture, which owns the building, joined hands to make it available for medical purposes to the doctors’ association.