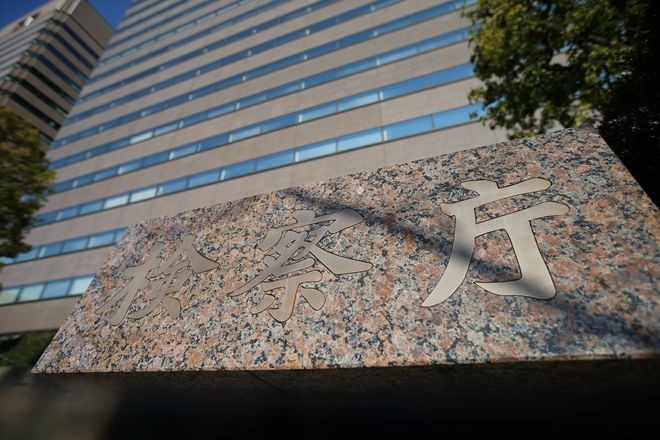 Prime Minister Shinzo Abe does not nor even attempt to understand the vital importance of checks and balances in preventing abuse of power in a democracy.

This fact was underscored afresh by Abe’s recent remarks in the Diet about a bill to revise the law to extend the legal retirement ages of top public prosecutors.

Last weekend, Japanese social media was abuzz with posts criticizing and protesting the Abe administration’s move to start Diet deliberations on the bill to revise the Public Prosecutors Office Law. The revision would allow the Cabinet to delay the retirements of prosecutors holding the most senior positions.

Asked about the storm of social media criticism on May 11 at Budget Committee sessions of both houses, Abe argued that prosecutors should not be treated differently from ordinary central government employees regarding this matter. He repeated his claim that this is a legal change to “make better use of the knowledge and experience” of senior officials.

Abe should think about why so many citizens are concerned and opposed to the proposed revision to the law.

Tucked in the bill, however, is a provision that would empower the government to allow such prosecutors to remain in their posts beyond the legal retirement age when it believes that their departure would cause “serious disruptions in the operation of government affairs.”

The bill would also allow the government to delay the retirement of the public prosecutor general beyond the mandatory retirement age of 65.

As Asahi Shimbun editorials have repeatedly pointed out, public prosecutors have special powers and responsibilities even though they are members of the executive branch of the government.

They are deeply involved in how the judicial system works through criminal investigations and criminal trials. Their acts sometimes determine the fate of an administration. That is why they should be totally independent of political power.

Based on this recognition, the Public Prosecutors Office Law, which was enacted after World War II, established a unique retirement system for public prosecutors that is different from that for ordinary central government employees to protect their status and remuneration like those of court judges.

Respecting the spirit of the law, the successive Cabinets deferred to the views of the members of the profession in making personnel decisions concerning senior public prosecutors.

The bill, however, would give the administration a free hand in deciding who should remain in senior prosecutors’ posts and who should retire.

The change would ruin what has been achieved through years of efforts in the postwar period to ensure the independence of public prosecutors and the separation of powers.

Abe said on May 11 that there should be no concerns that the proposal would allow the Cabinet to make personnel decisions concerning senior public prosecutors at its discretion.

In January, however, his Cabinet decided to postpone the scheduled retirement of Hiromu Kurokawa, chief of the Tokyo High Public Prosecutors Office, by six months beyond his 63rd birthday, by changing the government’s long-established interpretation of the law.

The bill in question is nothing but an attempt to justify, ex-post facto, this legally questionable move.

In addition, the Abe administration has made the outrageous decision to keep Justice Minister Masako Mori from attending Diet sessions on the bill even though Mori is in charge of the law.

There is a long list of questions that should be posed to Mori, including what kind of situations the government has in mind as cases where the retirement of a senior public prosecutor would cause “serious disruptions in the operation of government affairs.”

We also want to hear Mori discuss her views concerning the duties and responsibilities of public prosecutors.

If the administration thinks that it will, as usual, force the bill through the Diet by using the ruling coalition’s overwhelming majority since the new coronavirus outbreak will distract public attention from this issue, it is simply mocking the people.