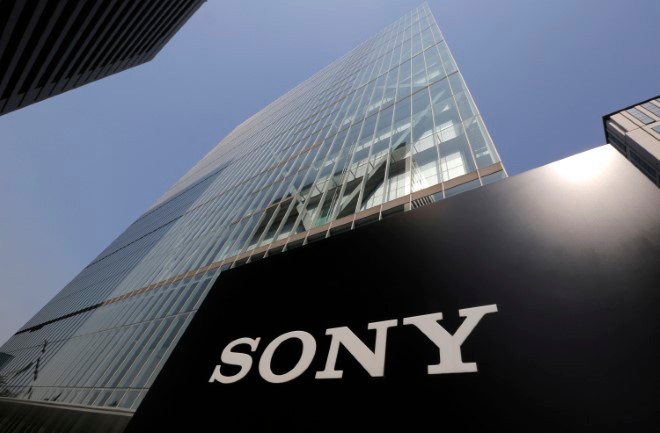 Sony’s logo is seen outside the company’s headquarters in Tokyo on May 22, 2013. (AP file photo)

Tokyo-based Sony’s profit in January-March crashed 86 percent to 12.6 billion yen ($118 million), a fraction of the 87.9 billion yen earned a year ago.

The company did not give forecasts for the fiscal year through March 2021, citing uncertainties due to the pandemic. It said projections will be released as soon as possible.

Demand for video games was helped by people staying home, but Sony was hurt by the decrease in the use of its music for advertising and at restaurants, as events were canceled.

In the fiscal year that ended in March, Sony’s profits dropped 36 percent to 582 billion yen, as sales and operating revenue sank 5 percent to nearly 8.3 trillion yen.

Sony estimated the damage to its annual operating profit from the outbreak at 68 billion yen.

Sales of both hardware and software for Sony’s PlayStation business declined moderately compared to the previous fiscal year.

But Sony said PlayStation sales were holding up, as game network revenue increased, and the company was on track to launch PlayStation 5, a new model, for later this year.

Sony said it expects the spread and damage from the virus to peak by the end of June, with business returning to normal later in the year.

Since people are staying at home more, Sony is looking into the growth potential for online businesses, including movies and other entertainment, company officials said.

Production of TV shows and movies are encountering delays, while digital sales for Sony’s movies are going well, Sony said. Image sensors are in demand, but smartphone sales are falling, it said.

“Spider-Man: Far From Home” and “Jumanji: The Next Level” were among the most popular Sony film releases in the last fiscal year.