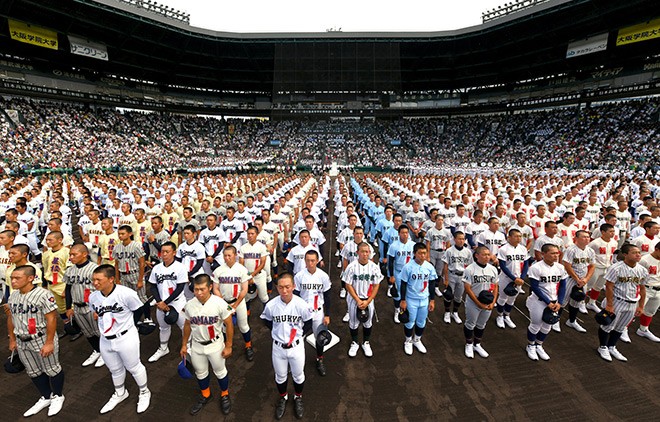 The summer National High School Baseball Championship, one of the most popular sporting events in Japan, has been canceled for the first time since the end of World War II.

The Japan High School Baseball Federation and The Asahi Shimbun, a sponsor of the tournament, decided on the cancellation at a videoconference on May 20 because of the novel coronavirus pandemic.

At the same time, the prefectural tournaments to determine the 49 competing teams in the summer championship were also scrapped.

This will be the third time the championship has been cancelled.

The 1918 event was dropped due to mass riots around the nation triggered by escalating rice prices. The 1941 summer tournament was also cancelled due to the approaching war. The event was suspended between 1942 and 1945 during World War II.

Based on advice from experts on infectious diseases, the organizing committee had considered various alternatives, such as holding the tournament with no fans in the stands.

However, the committee called off the entire event after determining there was no way of avoiding the high risk of infection by COVID-19.

Some of the teams would have to travel great distances to the venue, Hanshin Koshien Stadium in Nishinomiya, Hyogo Prefecture, and the players would be staying together in hotels and inns before their games.

In addition, the championship involves 49 teams determined through separate tournaments, so if even one team bowed out because of the novel coronavirus outbreak, it would have made it impossible to hold the event.

Although the state of emergency regarding the coronavirus outbreak was lifted for 39 prefectures on May 14, schools in many areas remain closed and baseball teams have also called off practice.

Concerns were raised over whether the health of the players could be protected given the long layoff they have been forced to endure.

The school closures will likely mean that summer vacation will be much shorter than in the past. That left open the possibility that the baseball championship, which was scheduled to start on Aug. 10, could interfere with the players’ studies and classes.

The coronavirus pandemic had already led to cancellation of the spring invitational high school baseball tournament that was originally scheduled for March also at Hanshin Koshien Stadium.