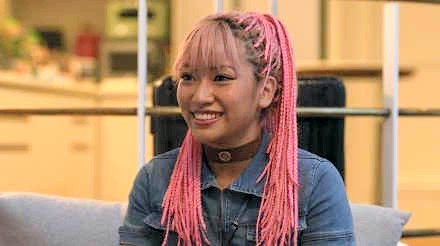 Kimura suffered cardiopulmonary arrest and was raced to the hospital in the early hours of May 23 but did not survive.

Fuji Television Network Inc., a Tokyo-based TV station that produces the hit show, decided not to air an episode scheduled for broadcast on the night of May 25.

“We are at a loss for words upon learning of the loss of Hana Kimura and extend our condolence to her family,” Fuji Television Network said in a statement on May 23.

Netflix, which has streamed the show worldwide since May 2019, will also not release episodes scheduled to be made available on May 26 and June 2.

Kimura was one of the stars of the Japanese reality TV series Terrace House, which places six strangers, men and women, in a house together and follows their daily lives and romances.

Kimura had become a target of on-line bullying as the series developed, and her social media accounts have been flooded with defamatory comments.

Shortly before she died, Kimura posted a picture of herself with eyes closed on her Instagram account with the comment: “I love you. Please live long. I am sorry.”

Kimura was affiliated with Stardom, a professional wrestling organization.

“We are very sorry that the sudden (death of Kimura) has made fans and other people sad and caused great worry,” the organization said in a statement posted on its website.

“We have not learned all the details of (her death), but we will continue to cooperate with the investigation by others,” it said.

The show has been streamed through Netflix in about 190 countries and areas. Fans around the world have expressed sorrow for Kimura's death on Twitter.