Mt. Asamayama eruption in 1108 may have led to famine in Europe 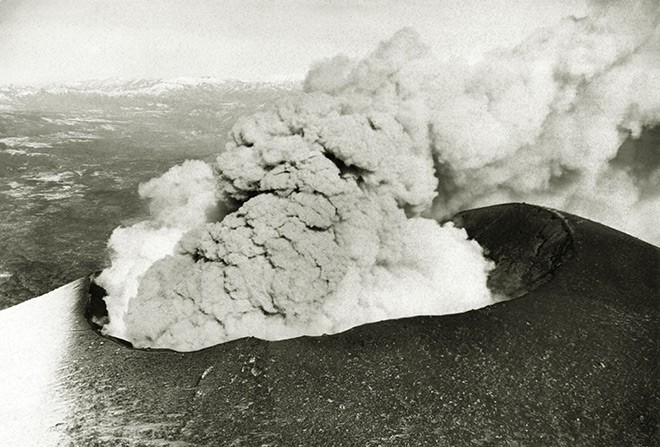 Mount Asamayama’s volcanic eruption in the early 12th century may have contributed to extreme weather that triggered severe famine in Europe, a new study suggests.

A Swiss research team came to that conclusion in their recent study published in the journal Scientific Reports. It is based in part on their analysis of ice cores extracted from glaciers in Greenland.

Volcanic eruptions, especially large ones, can influence the climate. They release gases including sulfur dioxide into the air along with ash. Those reach the stratosphere and block out sunlight.

At the time, Europe was plagued with climate anomalies, such as torrential rain and consecutive cold summers. Those were previously thought to have been caused by Iceland’s Hekla volcano erupting in 1104.

But when analyzing the Greenland ice cores, the researchers discovered the increased volcanic sulfate deposition occurred between 1108 and 1113, which did not match up with the Hekla eruption.

The researchers then found a document that said Mount Asamayama, an active volcano that straddles Nagano and Gunma prefectures, erupted in 1108.

According to a diary written by Fujiwara no Munetada, a court noble in the late Heian Period (794-1185), Mount Asamayama erupted on Aug. 29. He wrote that rice paddies and fields could not be farmed afterward because they were covered with a thick layer of ash, citing a local report.

The researchers concluded the sulfate deposition in the ice cores could have been formed by the eruption of Mount Asamayama that year.

“It’s interesting that the researchers not only analyzed the ice cores but also researched old historical documents,” said Shohei Hattori, an assistant professor of geochemistry at the Tokyo Institute of Technology, who has detailed knowledge of ice cores.