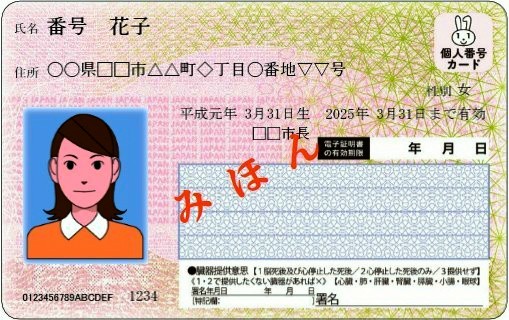 The ruling Liberal Democratic Party (LDP) has drafted a bill to allow the government to link each citizen's national identification number, or My Number, to the person's bank account for integrated management.

The legislative initiative has been prompted by confusion with regard to My Number-based electronic applications for the government's COVID-19 relief program to hand out 100,000 yen ($918) in cash to each resident in Japan.

Local government officials who are processing the huge influx of applications, which often have errors, are exhausted. The system clearly needs to be improved to ensure that it will work more efficiently the next time.

But expanding the use of the 12-digit ID number requires a cautious approach to prevent privacy violations and information abuse. There should be no rush to enact the proposal.

Across the nation, the process of dealing with electronic applications for the relief money has been plagued by delays mainly due to errors and incorrect information.

Long lines formed at many local government counters in charge of handling applications as many applicants had to get their "My Number" cards unlocked after inputting wrong password numbers.

Local government officials have had to spend long hours every day checking the accuracy of information entered by applicants and correcting errors. Such a chaotic situation has caused some local administrations to provide the money mistakenly twice to certain applicants. A number of municipalities have stopped accepting electronic applications altogether.

The government has spent more than 300 billion yen in total on the My Number system, which was launched in 2016, mainly for taxation and social security purposes. The government must bear a heavy responsibility for the handout fiasco, which was allowed to occur despite the massive expenditure.

Some local governments finally started handing out the cash one month after the budget passed the Diet. The snafu in Japan stands in sharp contrast with efficient implementations of similar programs in other industrial nations, such as Germany and Canada, where people received relief money several days after their online applications.

The LDP's draft bill, which the party wants to submit to the current Diet session, would allow people to register their bank accounts for receiving such money as part of the personal information they provide for the My Number system for integrated management by the government.

The bank account information registered in advance by willing people would make the emergency payment process much smoother.

The problem is that the LDP has urged the government to draft within a year a bill to make it mandatory to register the ID number for every bank account.

Allowing people, if they wish, to register their bank accounts for receiving government cash handouts for their My Number cards is one thing, and requiring all bank accounts to be linked to the account holders' personal ID numbers is another thing completely.

It would be grossly misleading to treat these two proposals as if they were in the same category.

The idea of establishing a system to give the government access to personal information about all bank accounts was debated and then dropped many times in the past because of strong concerns among the public about possible privacy violations.

The ruling camp should not be allowed to push through this initiative by taking advantage of the new coronavirus crisis.

The My Number system is a valuable tool that could boost the efficiency of taxation and social security. But this system needs to be underpinned by solid public confidence in the rectitude and integrity of the government, which manages personal information for the system.