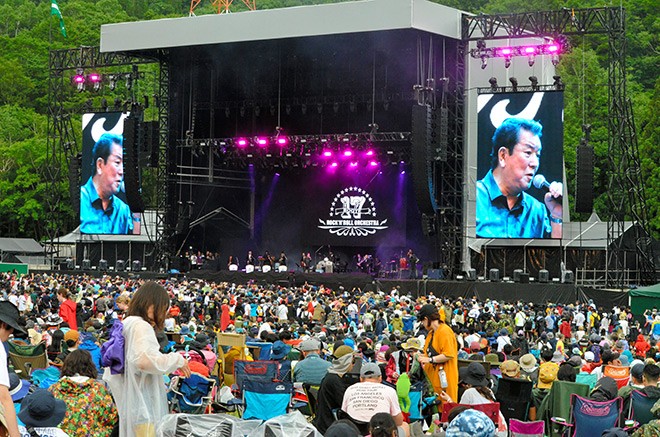 The hopes of Japanese music fans that the Fuji Rock Festival would be the lone survivor of the slew of large summer events slain by the coronavirus were dashed June 5 as organizers announced its cancellation.

It is the first time the festival has been scrapped in its 24-year history.

The event's organizer had been desperately looking for ways to get foreign musicians over to Japan after the government imposed entry restrictions due to the novel coronavirus pandemic on numerous countries, including the United States and Britain.

Unable to come up with a solution, the organizer has decided to “postpone” the event until August 2021. Those who have bought tickets can use them next year or get a refund, the organizer said.

The festival, which was scheduled to be held between Aug. 21 and 23 at Yuzawa in Niigata Prefecture, was to feature more than 60 artists, including American singer-songwriter Jackson Browne and rock band The Strokes.

Following the mid-May cancellation of the Rock in Japan Festival and the postponement of Summer Sonic, originally scheduled for August, music fans were anxious over the fate of the Fuji Rock Festival. By late May, the hashtag "Fuji Rock" was trending high on Twitter.

On May 25, the government announced it would ease restrictions on events, giving permission to hold outside festivals from August under certain conditions such as participants maintaining a 2-meter distance from each other.

Started in 1997, Fuji Rock is recognized as a pioneering Japan rock festival. Some 130,000 fans attended it last year.

Over the years it has included performances by globally famous musicians such as Eminem and Neil Young. Nobel Prize in Literature winner Bob Dylan headlined the festival in 2018.