JAPC apologizes for altering research on fault under reactor 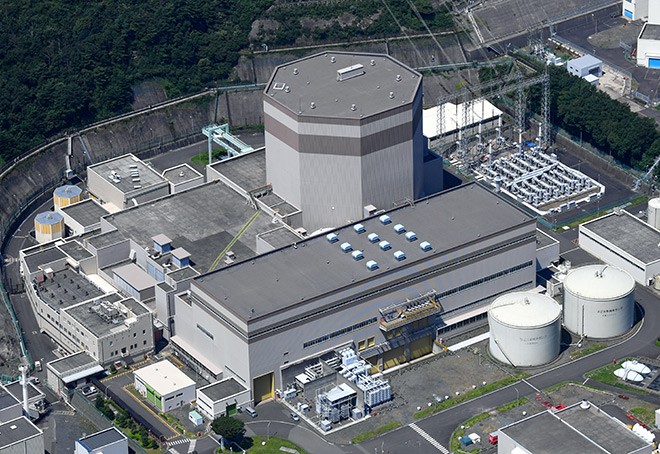 Japan Atomic Power Co. (JAPC) on June 4 admitted to making 80 unauthorized alterations to a safety research document about a fault line under a nuclear reactor in Fukui Prefecture.

The modified document was submitted to the Nuclear Regulation Authority as part of the safety screening for a possible resumption of operations of the No. 2 reactor at the Tsuruga Nuclear Power Plant.

JAPC told the NRA at a meeting that the modifications were made to reflect the latest information found under new observations.

It also apologized, saying, “It was not on purpose, but it should not have happened.”

The NRA has demanded full disclosure from JAPC over the modifications.

The document contained geological layer observation records obtained by drilling and other surveys to determine if a fault under the No. 2 reactor building is active.

In February, the NRA checked the research paper--about 900 pages long--and found it was different from a previous geological study submitted in 2018.

The 80 modifications made by JAPC included 55 in which the word “unconsolidated” was changed to “consolidated.”

“Unconsolidated” means the fault possibly moved in the past.

The NRA also found multiple instances of words and phrases that were eliminated in the new document.

For example, parts in which the geological survey operator pointed out properties of the geological layer and the possibility of the fault did not appear in the new research document.

The NRA scolded JAPC for rewriting scientific “raw data” without permission and failing to provide records of the modifications.

Doubting the trustworthiness of the document, the NRA gave the unusual order to JAPC to look again at the “original text” and disclose any problems.

The nuclear watchdog also said it cannot resume the safety screening process without a relationship of trust.

If the fault under the No. 2 reactor building is active, the plant cannot be restarted under stricter safety standards that were set after the 2011 Fukushima nuclear disaster.

An expert meeting of the NRA mentioned the possibility of the fault being active. JAPC disagreed with the view and repeatedly asked for scientific discussions on the issue.

In November 2015, JAPC applied for safety screening toward restarting the Tsuruga plant because it “obtained new evidence.”

The NRA on June 4 judged that JAPC’s internal research on the document was insufficient because of the unexplained modifications and eliminations. It demanded JAPC submit additional detailed reports, including communications between JPAC and the operator of the geological survey.