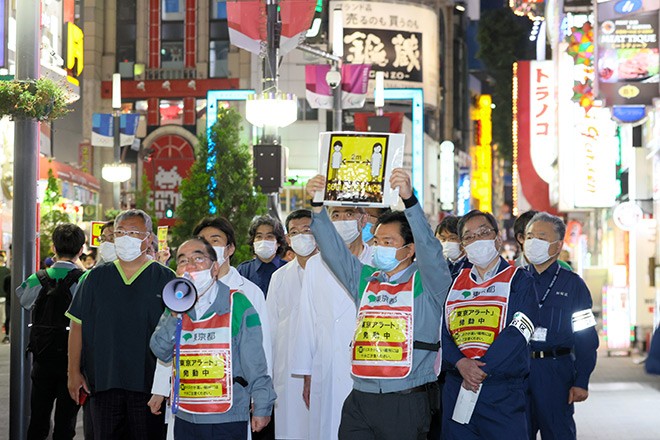 Tokyo metropolitan government officials and others call for taking precautions against new coronavirus infections in the capital’s Kabukicho entertainment district on June 5. (The Asahi Shimbun)

The capital had reported a total of 5,369 infections through June 6.

Of the 26 people whose infections were confirmed in Tokyo on June 6, 12 were hosts who work at the same host club in the Shinjuku district.

The state of emergency for Tokyo and surrounding prefectures was lifted on May 25, but substantial numbers of new COVID-19 cases forced metropolitan authorities to issue a "Tokyo Alert" on June 2, calling for extra precautions against the spread of infections.