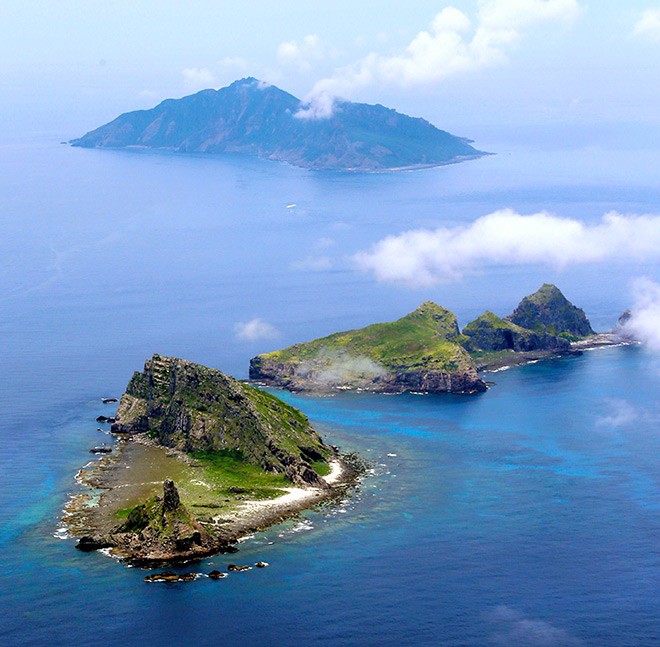 The Senkaku Islands in Ishigaki, Okinawa Prefecture, are a group of isles in a territorial dispute with China in the East China Sea (An Asahi Shimbun file photo)

ISHIGAKI, Okinawa Prefecture--The city government here is seeking to change the administrative designation of the area containing the Senkaku Islands, a group of islets in a territorial dispute with China, from Tonoshiro to Tonoshiro Senkaku.

The proposal is expected to be submitted to the city assembly on June 9 at its opening session.

Mayor Yoshitaka Nakayama defended the proposal in an interview with The Asahi Shimbun on June 6, saying the change is meant to streamline administrative work by dividing the Tonoshiro area further.

Currently, the Senkaku Islands, which China calls the Diaoyu Islands, are grouped into the Tonoshiro section, together with central parts of the city of Ishigaki on Ishigakijima island.

But city officials decided that the area where the Senkaku Islands are located should be called Tonoshiro Senkaku to avoid confusion.

The Ishigaki municipal assembly adopted a resolution calling for changing the administrative designation for the islands in June 2018.

In the resolution, the city asserted that the islands are part of Japanese territory and they fall under an administrative section of Ishigaki.

“Some are said to be concerned about the proposed change as the move could grow into a diplomatic issue, but the islands have been assigned with their own address, administrative designation and lot number in the first place,” Nakayama said. “We are not making a change for a place where no lot number or small administrative designation has been given.”