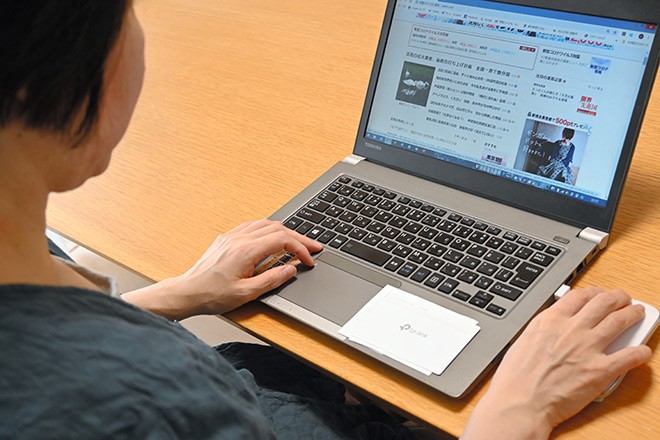 When people work at their tables in their living rooms, their posture tends to be poor. (Asahi Shimbun file photo)

Although working from home has helped protect workers from the novel coronavirus outbreak, many people are reporting aches and pains arising from teleworking along with greater fatigue.

In a recent survey, more than 70 percent of respondents complained of worsening physical conditions, such as stiff shoulders and necks and swelling of the feet.

The study found that people are working longer at home and do not go out, causing greater fatigue due to poorer blood circulation.

A study group on woman’s wellness, including doctors, conducted the online survey from April 10 to 13 of 455 men and women who reside in the Tokyo metropolitan area and are working from home.

The survey asked how strongly they felt that their physical condition was being adversely affected by staying at home longer.

The survey also asked how they spent their time while teleworking. About 51 percent said “sitting almost all the time,” while about 46 percent replied “doing some physical exercises” as well.

When asked about how strongly they felt about their lack of exercise, about 56 percent said “very strongly,” while about 37 percent said “moderately.”

Workers who do not commute are exercising less and not using their muscles as much. They also tend to remain seated in the same position for long hours.

This can bring about poorer blood circulation, resulting in stiff shoulders and also causing feelings of lethargy and being chilled. Some respondents could not sleep at night because of an autonomic imbalance.

Chiaki Fukuda, a specialized doctor of the Japan Society of Ningen Dock and an industrial doctor for corporations, who supervised the survey, said many people who are teleworking for the first time are likely to suffer from anxiety and have a mix of mental and physical fatigue.

To combat this, she recommends that teleworkers wake up at the same time every day and get dressed and maintain a daily schedule.

“How about going for a walk at the time when they are supposed to be commuting or having lunch at a fixed time each day?" Fukuda suggested. "It is better to have a daily routine.”