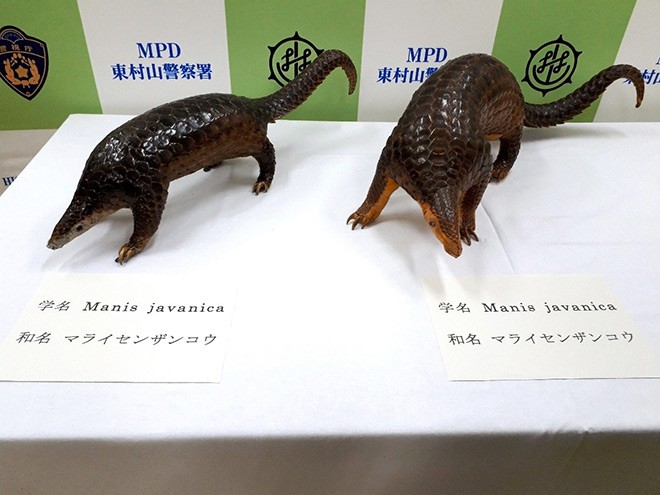 BEIJING--Chinese authorities raised their wildlife protection level for odd-looking pangolins to top priority as part of efforts to crack down on illegal trafficking of the critically endangered species to reduce risk of COVID-19 infections spreading from the potential host.

China’s National Forestry and Grassland Administration announced June 5 that the world’s only scaly mammals are now designated as having first-level protection, one notch above the previous level.

The species lives in southern parts of China. Its meat is considered a delicacy in some countries, including China, and its hard scales are used in traditional medicine and folk remedies.

The Chinese government banned hunting of pangolins in 2007 due to fears the mammal could become extinct, and suspended all merchandise trade of the animal in 2018.

International trade in pangolins for commercial purposes is also prohibited by the Washington Convention.

Researchers at the University of Hong Kong said a virus strain identical to the novel coronavirus had been found in pangolins. The findings were published in the British science journal Nature in March.

Fears that the species might have contributed to transmitting the novel coronavirus to humans prompted the researchers to call for a strict ban on market trading of pangolins.

“We will strengthen our research on the species’ habitats and patrol areas to prevent illegal hunting,” said a Chinese government official.