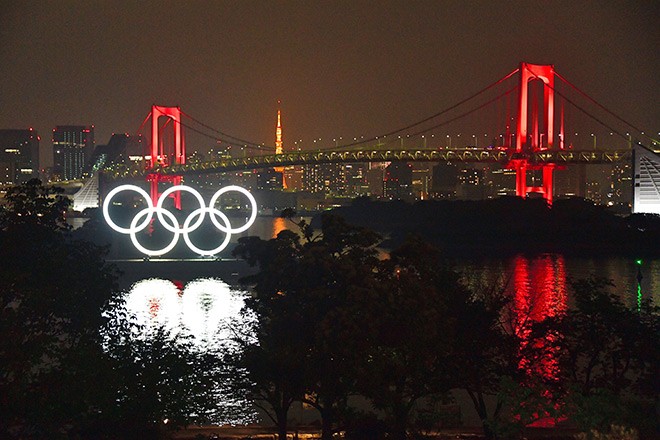 Tokyo’s Rainbow Bridge is illuminated in red on June 3 after the governor issued an alert for the capital because of concerns about a possible resurgence of the coronavirus. (Kotaro Ebara)

The new cases brought the overall total to 5,408 infections in the capital.

The Tokyo metropolitan government issued a “Tokyo alert” on June 2 to warn residents to remain vigilant about a possible second wave of the contagion, about a week after the state of emergency was lifted for the metropolis.