Suspect in deadly arson in Kyoto to take psychiatric evaluation 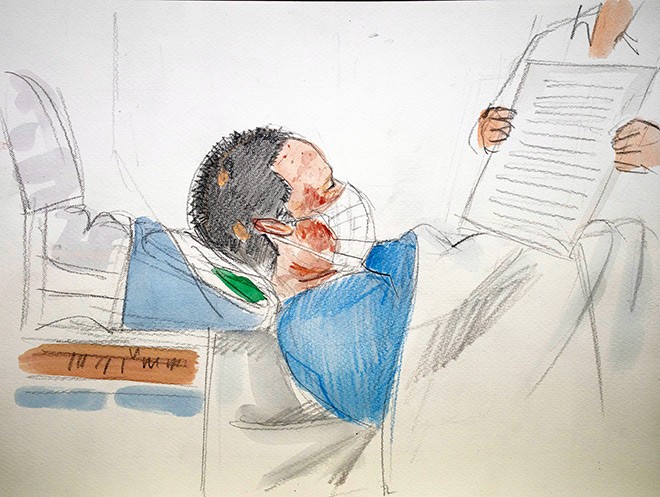 KYOTO--The Kyoto District Court approved prosecutors’ request for a psychiatric evaluation of suspected arsonist-murderer Shinji Aoba to determine if he can be held criminally responsible for his actions.

The three-month psychiatric evaluation, expected to be completed by Sept. 10, aims to reveal Aoba’s mental condition last year when he is believed to have set fire to a studio of Kyoto Animation Co., killing 36 people and injuring many others.

The Kyoto District Public Prosecutors Office submitted the request to the court on June 9.

Aoba, 42, has admitted to setting the fire, saying the animation company had plagiarized his work, investigative sources said.

He was arrested on suspicion of murder and other charges on May 27, after 10 months of hospital treatment for severe burns suffered in the fire.

Although Aoba’s detention will be suspended for the psychiatric evaluation, the district court on June 9 rejected his defense lawyers’ request for an earlier release to resume hospital treatment for the burns.

He is currently being detained and questioned at the Osaka Detention House, which has well-prepared medical services.

Although Aoba is now able to talk, he still cannot walk by himself.

He was brought on a stretcher to the court in his first appearance in public since the arson attack.

The judge asked for his name, and he answered “Shinji Aoba,” but he did not talk about the crime.

“He should stay in a hospital, and he can be questioned on a voluntary basis,” his defense team said. “So he does not need to be detained.”

The defense lawyers argued that Aoba is not a flight risk and that his family, relatives or friends cannot destroy evidence on his behalf.

The lawyers also said they could not meet Aoba on four of seven occasions at the detention house because of his poor physical condition.

However, the court rejected the arguments and decided to keep the suspect detained at the Osaka Detention House.