Takaichi wants to require public to give bank info to government 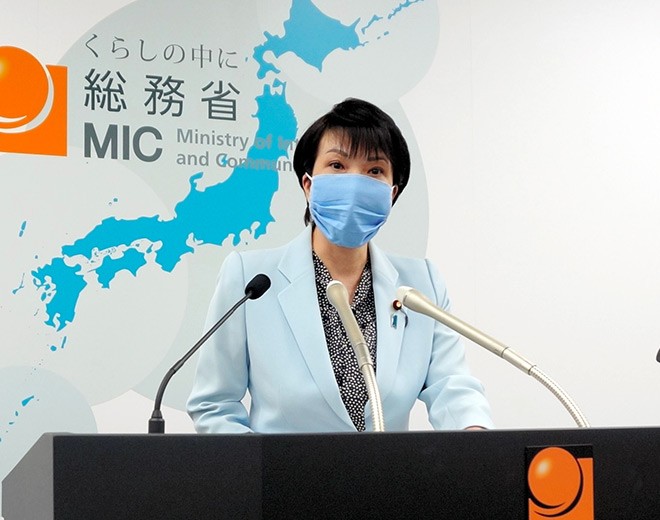 The government is considering obliging all residents to register a bank account linked to the My Number national identification system, a Herculean task likely to reignite concerns about state control of private information.

The government plans to submit a related bill to the Diet next year.

Sanae Takaichi, the internal affairs minister, said June 9 that the proposed integrated-management measure is partly intended to more easily and quickly provide official relief packages to the public in the event of an emergency.

The idea for linking My Number, a 12-digit social security and tax number, with bank account information was born out of the confusion over the central government’s program to provide 100,000 yen ($918) in cash handouts to each resident as a relief measure to deal with the COVID-19 health crisis.

Although the central government had planned prompt payments, local authorities in charge of processing residents’ applications ran into difficulties confirming their bank account information, resulting in delays in the program.

As a result, the ruling coalition of the Liberal Democratic Party and Komeito teamed up with the opposition Japan Innovation Party to sponsor legislation that would enable individuals to voluntarily register bank account information with the central government in advance.

Under the bill submitted to the Diet on June 8, the central government is expected to integrate such bank account information and the My Number system so that speedy relief payments will be possible.

Referring to the bill, Takaichi stressed the need for everyone to register one bank account.

“If only those who wish to do so are allowed to register, the benefit of streamlining administrative work will be limited,” she said at a news conference. “We want all Japanese to provide us with information on one of their bank accounts that can be attached to their My Number and used all their life to receive official aid or other things.”

She also said the government wants to make the registration compulsory to improve welfare and economic pump-priming programs as well.

But it is unclear how this envisaged system can become a reality.

For one, keeping tabs on bank account information of all citizens would take an enormous amount of time and effort for civil employees.

Another unanswered question is whether penalties should be imposed against those who do not register their bank information.

At a news conference on May 22, Takaichi floated the idea of requiring financial institutions to link all customer accounts with their My Number, citing potential improvements in payments for inheritance and natural disaster matters.

But she backed down apparently because of public fears about authorities’ taking hold of their assets and invasions of privacy.

Seiji Mizunaga, a lawyer well-versed in the issue of personal information, raised concerns about the government seeking to oblige all citizens to provide bank account information.

“It appears to be a first step in allowing the government to link as many bank accounts as possible with My Number,” he said.

If there were clear advantages of submitting bank account information to the government, the number of people volunteering to do so would be much higher than the current level, he said.

(This article was written by Tomoya Fujita and Ryo Toyooka.)