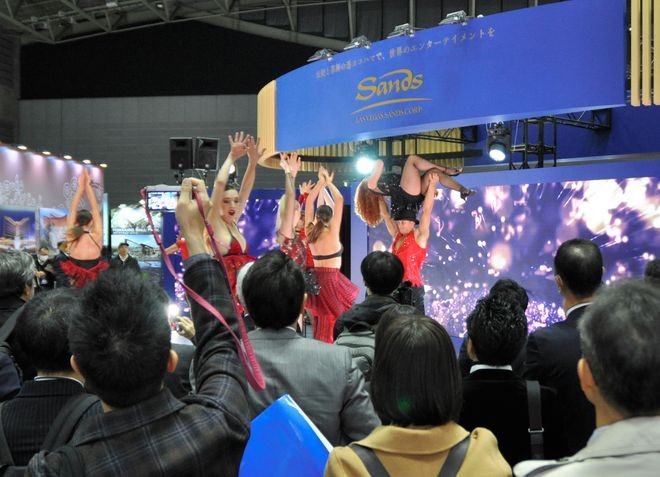 Prime Minister Shinzo Abe’s policy initiative to introduce casino-centered resorts into Japan needs a radical rethinking as the new coronavirus pandemic has fundamentally changed the basic assumptions behind it.

The Abe administration should stop and think twice about the initiative without committing the folly of forging ahead with it simply because the decision has already been made.

The global spread of COVID-19 has delivered a devastating blow to the casino industry. The Abe administration has been pursuing a plan to legalize integrated resorts (IRs) that include casinos as their main attraction as the centerpiece of its strategy for revving up the Japanese economy.

But the pandemic is threatening to derail the plan.

In May, Las Vegas Sands Corp., a major U.S. casino operator, decided to throw in the cards on its plan to develop an IR facility featuring a casino in Yokohama.

The company was a leading candidate to operate the IR envisioned by the Yokohama municipal government. The firm’s sales in the first three months of this year plunged by half from the same period last year, hammered by the outbreak.

MGM Resorts International, another U.S. gaming powerhouse that teamed with Orix, a Japanese financial services group, to bid for Osaka prefectural and municipal governments' IR project, saw its sales drop 29 percent in the same period and is looking at more bleak days ahead.

The crisis has forced many casino operators around the world to close or scale back operations. While some are trying to reopen their businesses, the prospects for the industry remain depressing.

Despite all this, however, the Japanese government is showing no signs of reconsidering its casino vision. It’s simply mind-boggling that the administration seems to be failing to see the changing reality.

In a June 9 Lower House Budget Committee session, Abe repeated his mantra of how IRs will help Japan become a major tourist power.

“We intend to make careful preparations (to realize the vision) while taking into account new challenges that might be involved in our responses to the infection,” he said.

To be sure, there is still some time before the late 2020s, when IRs are expected to open in Japan under the government’s blueprint.

Even if foreign tourists return to Japan by that time, casino operations will be dictated by a new normal full of safety precautions to prevent a dangerous “sanmitsu,” or “three Cs." These entail avoiding a confined environment where many people gather closely together and come into close contact with each other.

Casinos in the United States are taking necessary measures.

That means casinos will not be able to rake in as much sales and profits as before. Another possible twist to the industrial landscape is predicted growth in the popularity of online casinos, which do not involve human contact.

It is unclear how much demand there will be for such large-scale facilities at a time when the pandemic is rapidly expanding use of online conferences and business talks.

Local governments seeking to host IRs should carefully weigh the wisdom of staking their local economy’s future on an industry with dubious prospects and betting a lot of money on this risky strategy.

In January, Lower House lawmaker Tsukasa Akimoto, who was appointed by Abe as senior vice minister at the Cabinet Office in charge of IR projects, was indicted for allegedly receiving bribes from a Chinese company seeking to operate a casino in Japan.

In response to the bribery scandal, the administration vowed to establish rules for contacts between casino operators and politicians as well as local government officials and incorporate the rules into official guidelines for developing and operating IRs. But the official guidelines have yet to be unveiled.

Asahi Shimbun editorials have consistently opposed the proposal because of concerns about possible growth in gambling addiction, which could lead to a crippling debt burden and the collapse of families and help finance antisocial organizations’ businesses.

Our concerns are even stronger now. This is clearly the time to say goodbye to this questionable tourism strategy.