Xi state visit to Japan this year fading fast, no prospect in sight 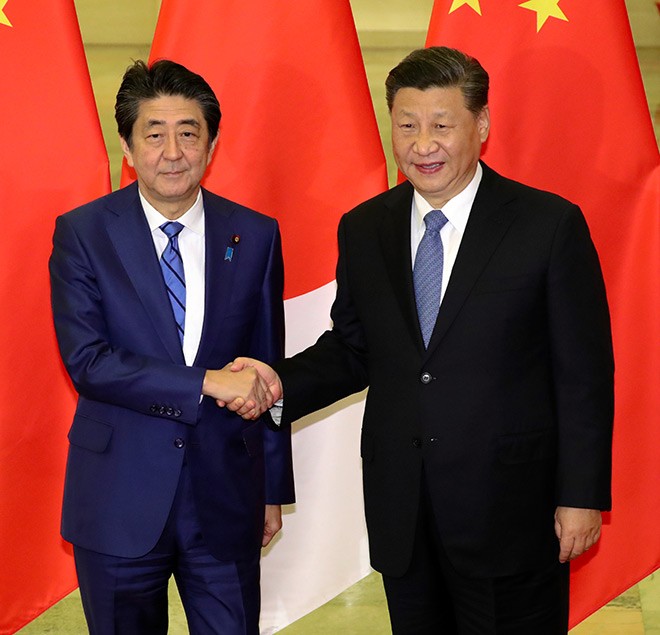 Growing criticism within the ruling Liberal Democratic Party over China's heavy-handed attitude toward free-spirited Hong Kong is casting dark clouds over the prospect of Chinese President Xi Jinping making a state visit to Japan this year.

Initially, Xi had been scheduled to visit Japan in April, but the trip was postponed because of the new coronavirus pandemic triggered by an initial outbreak in the central Chinese city of Wuhan.

While Japan and China worked to reschedule the state visit to autumn, rising criticism over the national security law for Hong Kong recently approved by Beijing seems to have dashed that idea.

Symbolic of the criticism within the LDP was a comment made by Upper House member Hiroshi Yamada at the June 12 session of the Foreign Affairs and Defense Committee.

Saying that nothing had changed with regard to the territorial dispute over the Senkaku Islands and with no resolution in sight over human rights issues related to Hong Kong, the Uighur ethnic group and Tibet, Yamada asked, “Why should (Xi) be invited as a state guest of Japan?”

Foreign Minister Toshimitsu Motegi could only respond that he thoroughly understood the gist of Yamada's argument.

The novel coronavirus pandemic has delayed the Group of Seven summit to September or later, with the Group of 20 summit meeting planned for November. The Hong Kong issue, as well as China's handling of the coronavirus, will likely be key topics of those international meetings.

One high-ranking Foreign Ministry official acknowledged that those pressing issues made it difficult to arrange a state visit by Xi this year.

“During this period when criticism directed at China is intensifying, it will be preferable to not further stir things up,” said another senior government official.

For its part, China has increasingly been angered by views expressed by Japanese officials.

That provoked strong resistance in Beijing.

One diplomatic source said, “It was a clear interference into domestic affairs since it was not an issue concerning the two nations. Calling the ambassador to the ministry was a serious matter. All moves to seek a possible visit for Xi within this year came to a complete halt.”

But important items on the Chinese political calendar also leave little room for a state visit next year as well. Summer 2021 will mark the centennial of the founding of the Chinese Communist Party and a party conference is also scheduled for autumn 2022.

And Chinese officials are clearly aware that Prime Minister Shinzo Abe’s term as LDP president ends in September 2021. Moreover, they are sure to have digested recent national surveys showing plummeting approval ratings for the Abe Cabinet.

“There is no value to conducting diplomacy with a leader who does not have the support of the people and whose term end is clearly in sight," said one Chinese diplomatic source. "Spring 2021 would be about the only time period still open and if that opportunity is not taken, a visit to Japan would have to go back to the drawing board.”

(This article was written by Narumi Ota in Tokyo and Takashi Funakoshi in Beijing.)