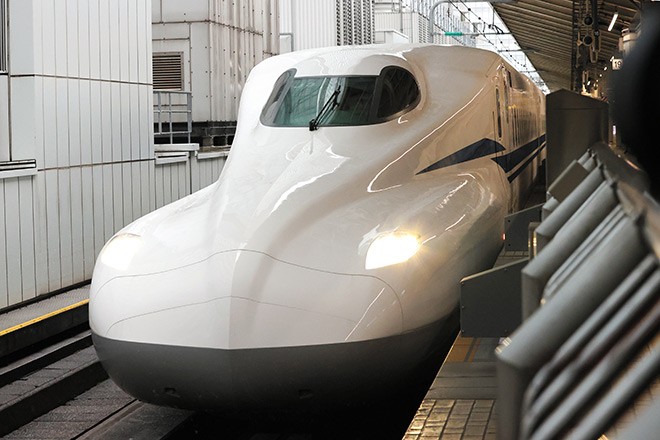 And now, the Shinkansen to beat all previous bullet trains.

The N700S series model bullet train will debut July 1 on the Tokaido Shinkansen Line. The S in the series name stands for supreme.

The top operating speed will be 285 kph, the same as the N700A model that now dominates the fast track on the Tokaido Shinkansen Line.

On June 13, the N700S model was shown off to media representatives invited for a test run between Tokyo and Shin-Osaka stations.

JR Tokai will initially have four N700S trains in operation, while gradually increasing the number to 40 in fiscal 2022.

This is the first full model change on the Tokaido Shinkansen Line in 13 years.

Each passenger seat will have an electric outlet and the seat cushion will automatically lower when a passenger reclines.

To increase security, the number of cameras in each car will be increased from two to between four and six. During an emergency, video from those cameras can be sent directly to the control center.

The S model has lithium-ion batteries installed under the floor, meaning the train will be able to continue running even in a power outage.