EDITORIAL: Postponed COP26 offers time for a new start toward a greener future 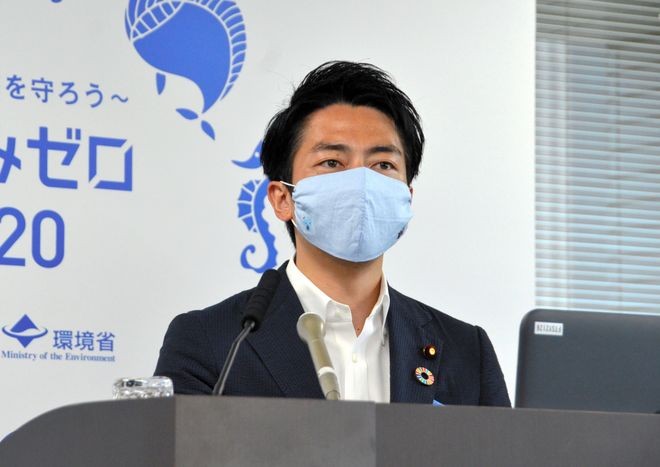 This year’s United Nations-sponsored climate talks have been postponed to autumn next year because of the new coronavirus pandemic.

The 26th session of the Conference of the Parties (COP26) to the U.N. Framework Convention on Climate Change was originally scheduled for November 2020 in Britain.

The global climate crisis is only deepening, with time running out for the world to take effective actions to stem global warming and avert climate catastrophes.

The extra time until the next climate conference should be used as effectively as possible to provide a fresh impetus to international efforts to reduce greenhouse gas emissions.

As the coronavirus crisis has caused a temporary decline in global emissions, countries should act swiftly to take advantage of this to map out “green recovery” plans. These plans would ensure that their economies will recover from the devastation inflicted by the pandemic through transformations toward sustainability.

Under his proposal, an online ministerial meeting over the topic will be held in September. The government should make the event count by ensuring a large attendance and a meaningful new commitment to additional cuts in the emissions of heat-trapping gases.

To do so, Japan, the fifth largest emitter, needs to take the lead by demonstrating an active commitment to the cause.

The Paris Climate Agreement, a global climate pact adopted in 2015, is designed to limit greenhouse gas emissions to levels that would prevent global temperatures from rising more than 2 degrees--or better still 1.5 degrees--above the benchmark set before the beginning of the Industrial Revolution.

Even if all the nearly 200 countries that signed the agreement act on their pledges to meet the Paris targets, however, global temperatures will still rise 3 degrees by the end of this century.

The United Nations has put pressure on world leaders to raise their nations’ targets for reducing emissions by COP26. But the efforts have failed to produce the desired results.

This spring, the Japanese government submitted its new emissions target to the United Nations, but it has remained unchanged from the one announced five years ago.

While it was the first to take the step among major emitters, Japan’s target is far from being in line with the Paris Agreement’s call for holding the increase of global temperatures to well below 2 degrees above preindustrial levels.

Tokyo’s tepid target only sends the wrong message to other countries.

The government is about to start discussions to review its policy blueprint for slashing greenhouse emissions. It will also revise the Basic Energy Plan, which sets guiding principles for the nation’s energy policy, next year.

There would be no better time than now for the government to change its policy stance and start embarking on stronger responses to the climate crisis before the next U.N. climate conference.

The Abe administration should commit to phasing out coal-fired power generation and freeze new projects to build coal-burning plants both at home and abroad. It should also decide to reduce the share of nuclear power in overall electricity generation while expanding greatly the use of renewable energy to push the nation toward a future without atomic energy.

A radical policy shift must be made through effective political leadership.

There is an accelerating trend toward a transition away from fossil fuels in both the financial and nonfinancial business sectors. This could lead to a drastically changed world after the pandemic.

Japan should not squander the time until COP26.

The United States will pull out of the Paris accord, while many other major polluters, including China, Russia and India, are showing no willingness to take actions that point the way forward for the world.

The role Japan should perform is to cooperate with the European Union to put pressure on these nations to take more positive actions.