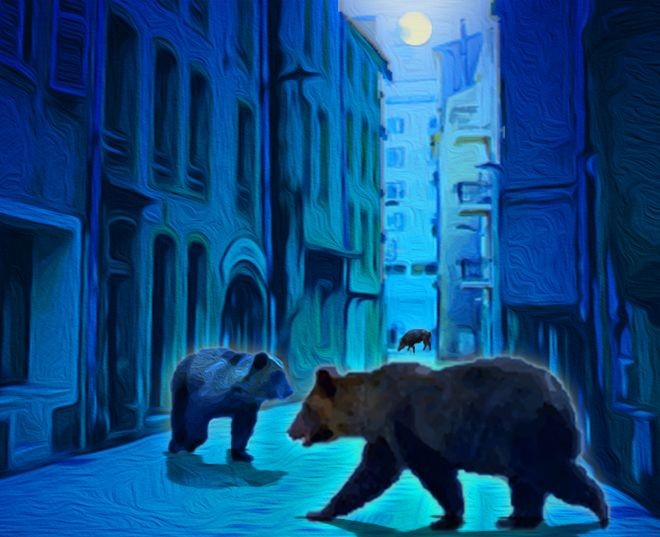 coronavirus everyone smiles with their eyes
--Lee Nash (Poitou-Charentes, France)

Tokyo Dome reopened for professional baseball players today. The haikuist found a happy family taking shelter in the shade and quiet of a rafter. Richard Jodoin suggested his number one draft pick if the Montreal Expos come back to play in the major leagues.

A hit to the infield
a stray dog outruns
the shortstop

Kiyoshi Fukuzawa and Junko Saeki, respectively, know where to hunt for wild lilies on hillsides to the north of Tokyo, but they must guess whether they are going to bloom in white, pink, yellow, orange or red.

lily blossoms in many colors
still
in the moonlight

Sally A. Fox found a secret garden in California.

native ivy
regreening the concrete spaces
of her life

this year
through the wafting cherry bloom
I walk alone

Confined to her home in Tokyo, Murasaki Sagano dreamt of the colorful Kanto plains returning to a natural uncultivated state.

Shed under the sun
rake, spade, hoe, and fork are dry
as the gardener

the blossoms ...
are not washed down with sake
and beer this year

watercolour in
the corner of the garden
the hydrangea

purplish tinge
to the trilliums
thunderheads from the north

John Hamley dreamt of a small purple flower of the buttercup genus that has been cultivated since the 18th century in Japan, but instead he may have awoken to a cold shoulder in Ontario. In Canada, children play a game to see if a friend likes butter by holding a wild butterflower under the chin to see if it reflects the sunshine. Liz Gibbs plays a deadly game in Calgary, Alberta.

Big fat snowflakes
I was waiting for
Hepaticas

Guliz Mutlu stayed in a room with a view of Ankara. Ashraf watched the evening flow down the Soan River. Tsanka Shishkova read a passage from her diary penned years ago on the Uji River. Kanematsu saw the water in Tokyo Bay turn the color of blood when a resurgence in coronavirus cases was signaled as a red alert at the Rainbow Bridge.

window gazing
the extra glow
of a river moon

boats and fires
on the night of July
cormorant fishing

plucking tea ...
a stray bird whistles with me
in the orchard

Afraid of catching a virus, Murasaki Sagano trained indoors. Working from home during the lockdown in Nottingham, U.K., Mark Gilbert noticed how “life continues around me.” The library at Queen Mary University of London where Anne-Marie McHarg worked “closed down very quickly,” leaving her without access to computers and electronic communication so she handwrote her haiku.

a spider’s prowl
the furloughed troughs
of my office

This is all there is:
Wildness of growth
Blossoming

Drifting in a dream far into the next world, Kanematsu was suddenly startled. Angela Giordano ran far from home. Working in home isolation with writers in Peru and the U.S., Dina Towbin shares memories of family back home.

Midday nap--
awoken back safe
in this world

An evening of
chasing fireflies
I come back a child

There is little to eat in Gordana Vlasic’s garden in Croatia. Vasile Moldovan saw greener pastures in Romania. After one look out her window, Eva Limbach remained inside her home in Germany.

a spatula
in the child’s hand--
everything is weed

A spade between
my garden and the neighbors--
is it a landmark?

Astrid Egger lives on an island in northern British Columbia where she harvests seaweed that washes up on shore in abundance. Schilling digs in.

separating seaweed--
the pitchfork handle
snaps at me

a shovelful
of manure
the neighbor’s gossip

A psychologist at Manhattan College, Jay Friedenberg misses seeing children play, noting how the animal and plant kingdoms are retaking back the earth.

The next issues of the Asahi Haikuist Network appear July 3, 17 and 31. Readers are invited to send haiku about summer sports, summer whites, or the Summer Games that were postponed, on a postcard to David McMurray at the International University of Kagoshima, Sakanoue 8-34-1, Kagoshima, 891-0197, Japan, or e-mail to (mcmurray@fka.att.ne.jp).