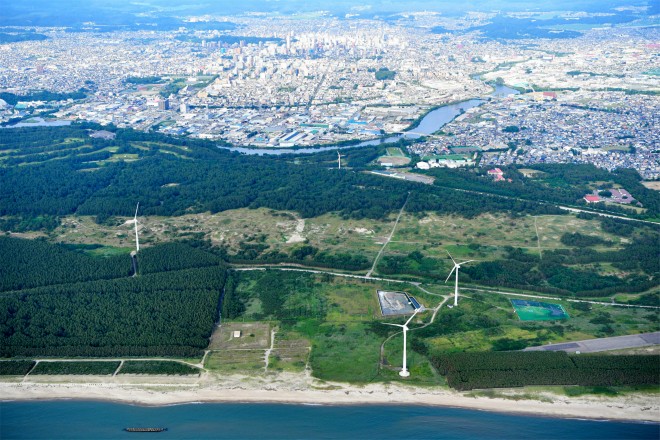 This is a classic case of the government throwing its entire weight behind a project and vehemently defending its highly dubious cost-effectiveness before finally being forced to capitulate to local opposition and scrapping the project.

Costing in excess of 500 billion yen ($4.66 billion) and with the start of operations not expected before fiscal 2025, it was doubtful that the system could even keep up with the rapid advances in the missile technologies of Japan’s neighbor nations.

For these reasons, The Asahi Shimbun has repeatedly insisted in its editorials that the project be closely re-examined until its cost-effectiveness could be fully validated.

Kono’s decision, albeit abruptly announced, was appropriate. The government should immediately call a meeting of the National Security Council and formally announce the project’s cancellation.

That said, we are not fully convinced by the reasons Kono gave for his policy change.

It was always understood that to protect local residents, the rocket boosters from the fired missiles had to fall within the SDF training sites or designated offshore locations. But to ensure this, the system needed a massive revision, the cost and duration of which rendered the deployment plan “impractical,” according to Kono.

Assuming this to be the case, how are we to understand the earlier explanations, made to local citizens, that the system could be “deployed and operated safely”?

If there were wrinkles in the system’s safe operation, they clearly should have been resolved in the process of seeking the public’s acceptance of this project.

The introduction of the Aegis Ashore missile interception system was decided by the prime minister’s office and incorporated into the National Defense Program Guidelines as well as the Midterm Defense Buildup Program.

It has also been pointed out that U.S. President Donald Trump pressured the Abe administration into making large purchases of U.S-made weapons.

So, why change the policy now? And what will the government do in the days ahead? Will this affect Tokyo’s relations with Washington?

Abe should come forward and explain the situation clearly to the public, and not just leave it to Kono.

The prime minister was notified of Kono’s decision on June 12 but postponed making an announcement until after attending an Upper House Audit Committee meeting on June 15. Naturally, Abe was suspected of intentionally delaying the announcement to avoid being questioned in the Diet.

Abe told reporters on June 16, “Now that the premise on which we always explained the situation to local citizens does not hold any more, we can no longer proceed with the project.”

But this was hardly a satisfactory explanation.

With government expenditures continuing to snowball because of the COVID-19 pandemic, strict priorities must be set for all budgetary allocations, and defense spending is no exception. The need to closely examine the cost-effectiveness of any defense system is greater now than ever.

In terms of excessive costs and time needed to fix technical problems, the planned relocation of the U.S. Marine Corps Air Station Futenma to the Henoko district in Okinawa Prefecture is precisely such a project.

And if the Aegis Ashore system has been deemed “impractical” for those very reasons, surely that is the case with the Henoko project, now that the presence of soft ground has been confirmed on the construction site.

We demand that the relocation project, too, be stopped.