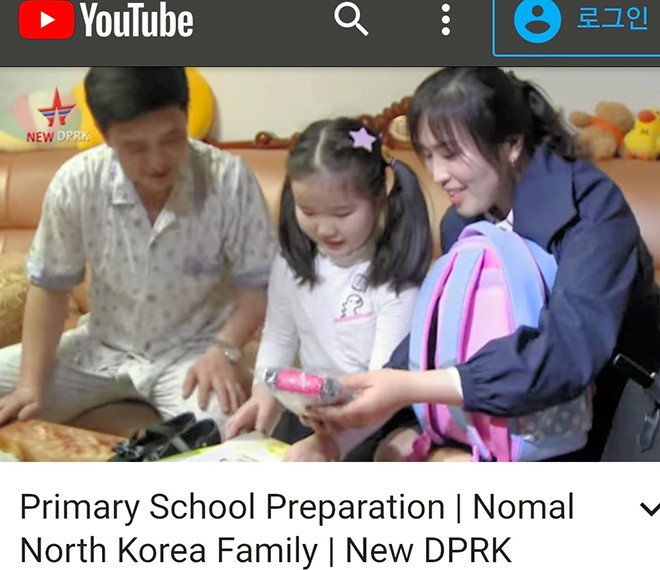 SEOUL—North Korean authorities are apparently using YouTube for an external propaganda campaign intended to show how normal and positive life is in Pyongyang during the novel coronavirus pandemic, South Korean officials said.

“It is a new phenomenon,” an official with the South Korean Ministry of Unification told reporters on June 2. “We are working with relevant institutions to prepare for response measures.”

In the past two months or so, new videos have been posted on the YouTube channel titled “New DPRK” (Democratic People’s Republic of Korea).

North Korea strictly limits access to the internet within the country, which has fueled speculation that the channel is run by authorities in Pyongyang.

The channel, which appears to have started last autumn, features residents of the North Korean capital presenting scenes of their daily lives.

One recent upload begins with a self-introduction by 7-year-old Ri Su Jin, who says she decided to show her daily life on her mother’s advice.

The channel features scenes of the girl and her family in an upmarket apartment against the backdrop of school closures due to the COVID-19 pandemic.

The home contains a leather-covered sofa, a piano, a large aquarium, an air purifier, an integrated kitchen system, a big refrigerator and a treadmill.

Her mother shops at a well-stocked department store, whose floor and shelves are crammed with clothes, shoes and other products.

The narratives in the videos are largely bereft of the boasts of affluence and praise for the Kim regime usually seen in North Korean media.

Only once does Su Jin say, “I will thank the Marshal,” in reference to North Korean leader Kim Jong Un. She says she loves her mom the most.

The videos show conversations among family members, like when Su Jin asks, “When will I be going to school?” and her father, in pajamas, answers, “You can go there when there is a drug that can kill the novel coronavirus.”

For her age, Su Jin is quite good at playing the piano. But the video shows no signs that the scene was staged to emphasize her skills.

In another video, a young woman and other characters talk in an unscripted and unrehearsed manner.

Wearing a face mask, the woman takes a trial lesson in tae kwon do.

“I want to learn self-defense,” says the woman, who gives out laughs of embarrassment after her clumsy kicks.

“The closed nature of North Korea is seldom shown in the YouTube videos,” said Kim Young-soo, professor of North Korean politics at Sogang University in Seoul. “They represent a new form of propaganda and agitation that is effective in providing a positive image.”