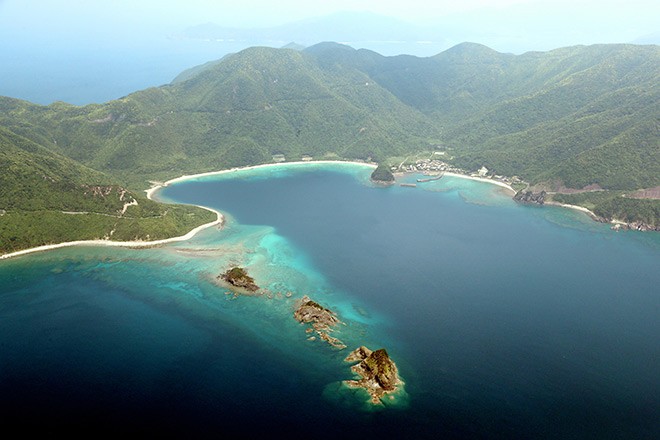 A submarine of foreign origin, presumed to belong to the Chinese Navy, was spotted passing through the contiguous zone off the coast of Amami-Oshima island in southern Japan, the Defense Ministry announced June 20.

While the announcement did not identify the submarine’s nation, a government source said it was likely Chinese. The intrusion occurred two days earlier.

A Maritime Self-Defense Force vessel tailed the submarine and confirmed it left the contiguous zone on June 20.

The last time the Defense Ministry announced a foreign submarine had passed through the contiguous zone was in January 2018. That incident involved a Chinese Navy submarine passing near the disputed Senkaku Islands of Okinawa Prefecture.

According to the announcement, an SDF destroyer and patrol aircraft spotted a submarine on the afternoon of June 18 in the contiguous zone northeast of Amami-Oshima island in Kagoshima Prefecture and traveling submerged in a westerly direction.

By the morning of June 20, the submarine had left the contiguous zone and was spotted moving in a westerly direction to the west of Yokoatejima island, also part of Kagoshima Prefecture. The destroyer and patrol aircraft continued to tail the submarine.

Under international law, submarines are required to surface and display their national flag when passing through another nation’s territorial waters. But submarines are allowed to travel submerged when in the contiguous zone.

Noting that in this instance the sub came close to Japanese territorial waters, one government source speculated that it might have been “trying to stir things up as another part of China’s maritime advances.”

The contiguous zone covers an area about 22 kilometers beyond a nation’s territorial waters. The Defense Ministry does not always announce when a foreign submarine has been spotted so as not to tip its hand with regard to capabilities in submarine detection.