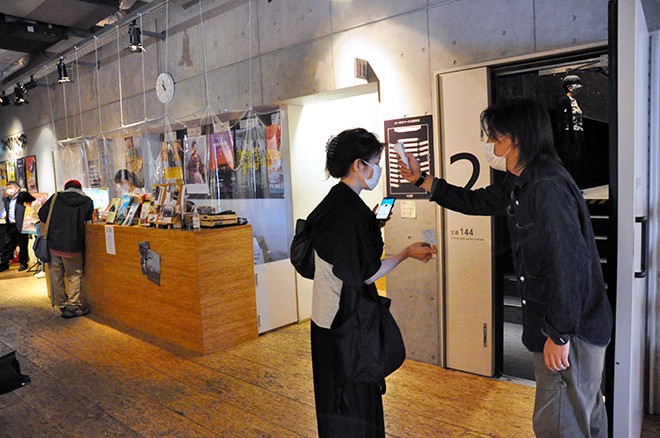 The novel coronavirus pandemic has generated a growing momentum for donations targeted at affected people in specific fields or groups.

Amid stay-at-home requests and restrictions on events, crowdfunding has grown in significance for raising money over the internet.

Thanks to this practice, a fund to support mini-movie theaters nationwide has collected 330 million yen ($3.1 million) from 30,000 people, triple the target amount.

Crowdfunding has also produced notable results in supporting an array of campaigns for food businesses, mountain lodges, “kodomo shokudo” meal services for disadvantaged children, live music clubs in rural areas, and so on.

A major crowdfunding platform collected more than 4.4 billion yen from about 410,000 people over three months from late February, enabling more than 2,000 businesses to receive 2 million yen each on average.

Japan is known for its practice of soliciting “gienkin” donations from the public for victims of major natural disasters.

A massive amount of such donations poured in following the Great East Japan Earthquake and tsunami of March 2011. For this reason, 2011 has come to be referred to as “Year One of Donations.”

Grants-in-aid have continued to flow in, with the Japanese Red Cross Society and others serving as the secretariat.

With the COVID-19 crisis, a new pattern has emerged in the nation’s donation culture.

People have experienced lifestyle changes nationwide due to social restrictions, even in regions where infections were not serious.

Even under those circumstances, there is a noticeable tendency among the pubic to support specific relief programs to help their less fortunate peers.

The Japan Fundraising Association, which publishes annual reports on donations, estimates that the total amount of personal donations topped 770 billion yen in 2016, coming from 45 percent-plus of people aged 20 to 79.

The amount includes payments under the “furusato nozei” (hometown tax payment) program, which allows people to pay a portion of their taxes to the municipality of their choice. But there is no question that personal donations are on the rise.

The furusato nozei system has been frowned upon for rewarding the taxpayers with excessively generous gifts. Still, the payments under the program have come into general acceptance as a form of donation in a flexible manner despite the “reward” element.

What needs to be done to get more people to give easier and through a greater variety of means?

Thorough disclosure of information on the part of the recipients is of critical importance.

A 2016 Cabinet Office survey asked why people don’t make donations. Aside from “I can’t afford to give money,” two answers stood out: “I don’t trust the organization collecting the money” and “I don't believe the money is going to do any real good.”

Also important is to know the place of donations in tax-funded public services.

A fund has collected more than 600 million yen from 19,000 people through crowdfunding for purchasing face masks and gowns for use by health care and nursing care professionals.

This is good news in itself, but it would be getting things backward if medical, welfare and other services that should be supported by the central and local governments have to rely on donations for their operations.

While crowdfunding has attracted attention, many nonprofit organizations long involved in aid programs since before the COVID-19 crisis are suffering from declining donations.

Now that the government’s 100,000-yen-per-head handout is arriving, those who are not in dire financial straits might consider donating part of that money to people who are really struggling or to organizations that are trying to help those people.