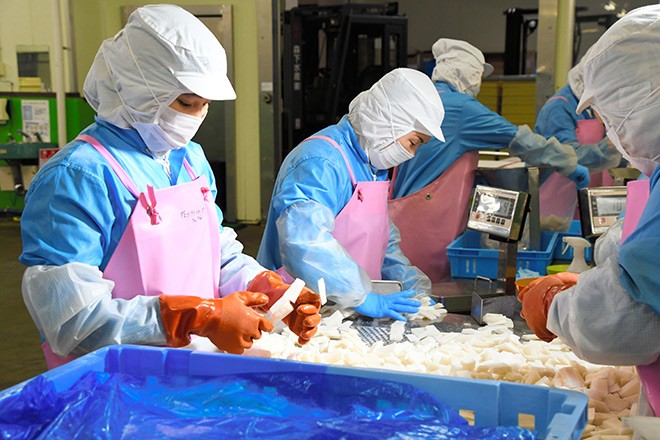 A Chiba-based organization supervising the entry of foreign technical intern trainees had its license revoked because of a shady backdoor agreement with the foreign entity that dispatched the trainees.

The Immigration Services Agency and labor ministry revoked the permit of Chiba Nogyo Gijutsu Kyodo Kumiai (Chiba agricultural technical cooperative) on June 23 for demanding compensation whenever a foreign trainee it had accepted fled from the work site.

The foreign entity apparently had to cover the cost for potential compensation by increasing the fees it charged to the trainees they dispatched to Japan.

According to sources with the Immigration Services Agency and others, the Chiba organization signed the memorandum with the Vietnamese group that stated it would be compensated whenever a technical intern fled their assigned work site.

While the penalty is said to be the equivalent of between 200,000 yen ($1,900) and 300,000 yen for each intern, the investigation has not yet confirmed the penalty was actually paid to the Chiba organization.

The organization had accepted about 30 Vietnamese interns as of April.

The Immigration Services Agency revoked the permits of two other supervising organizations in October 2019 for inappropriate backdoor agreements with the groups sending out the interns.

In 2019, a total of 8,796 foreign technical intern trainees went missing from their workplaces and more than half that number were from Vietnam.